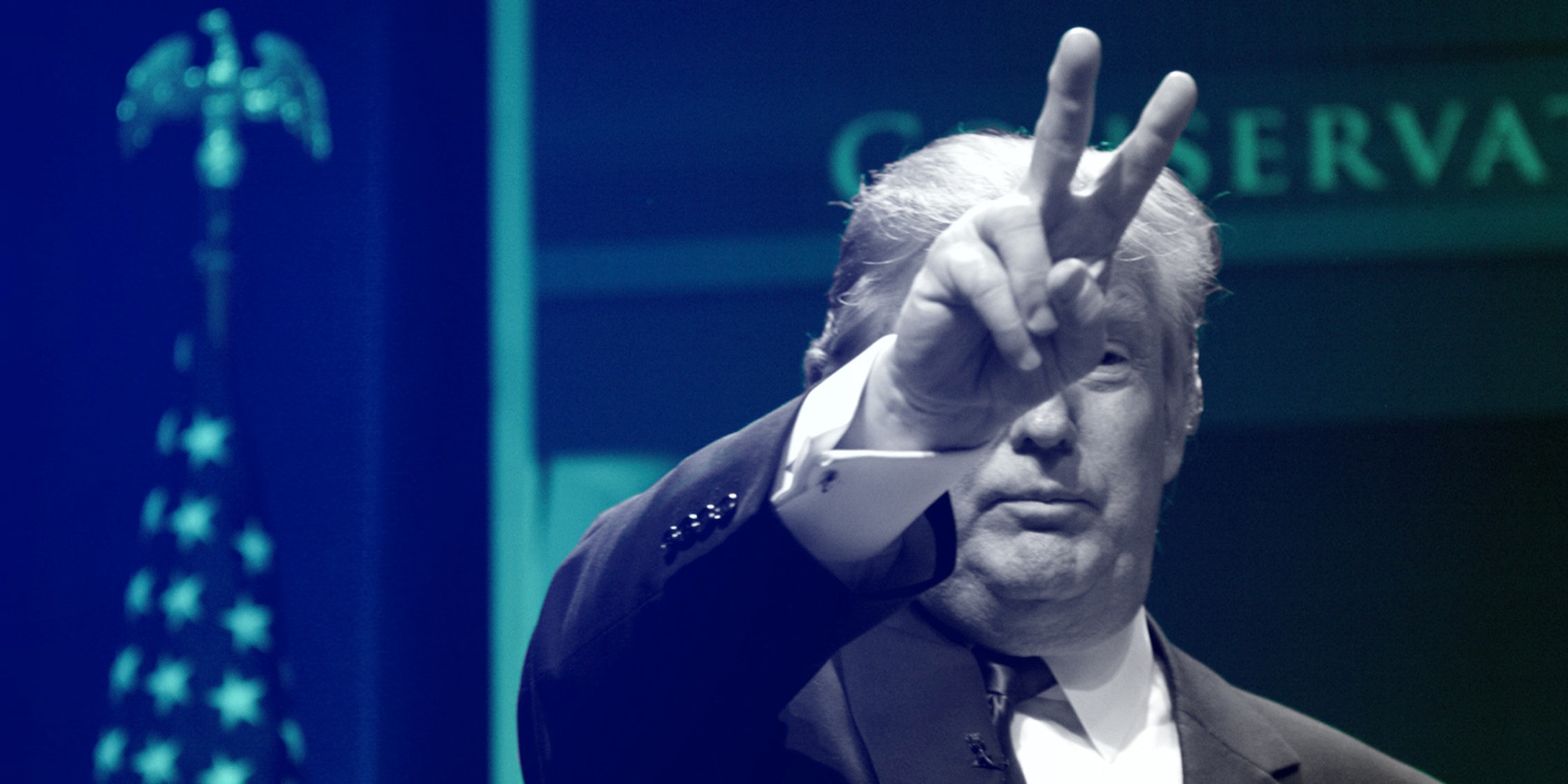 Donald Trump has a new enemy in his war against immigrants: Facebook co-founder Mark Zuckerberg

In an immigration reform policy paper posted to his website on Monday, Trump called for a fundamental restructuring of the H-1B visa program, which allows American companies to temporarily give U.S. residency to “highly-skilled” foreign workers. The visas are most closely associated with tech companies recruiting programmers from abroad.

Trump—who has rocketed to the top of a crowded pack of 2016 GOP presidential hopefuls on a platform of nativist, anti-immigrant rhetoric—argues that H-1B visas are used to discriminate against American workers, a practice that he says shuts many potential female, black, and Hispanic job applicants out of the tech industry.

“Mark Zuckerberg’s personal senator, Marco Rubio, has a bill to triple H-1Bs that would decimate women and minorities.”

Trump’s fix for the program would be to mandate that, instead of companies being required to pay their H-1B workers a wage comparable to what an American citizen would make, H-1B recipients would have to be paid significantly more—effectively discouraging companies from handing the visas out.

“Raising the prevailing wage paid to H-1Bs will force companies to give these coveted entry-level jobs to the existing domestic pool of unemployed native and immigrant workers in the U.S., instead of flying in cheaper workers from overseas,” Trump’s plan charges. “This will improve the number of black, Hispanic and female workers in Silicon Valley who have been passed over in favor of the H-1B program.”

The plan adds a personal dig at Facebook co-founder Mark Zuckerberg and Florida Sen. Marco Rubio, who teamed up in 2013 to push for more H-1B visas. “Mark Zuckerberg’s personal senator, Marco Rubio, has a bill to triple H-1Bs that would decimate women and minorities,” Trump wrote.

Zuckerberg is the primary force behind the nonprofit lobbying group FWD.us, which has strongly advocated for dramatically increasing the number of H-1B visas granted by the government.

Representatives from FWD.us did not respond to a request for comment.

The H-1B program has been in place since 1990. Each year, the government issues 65,000 H1-B visas to foreign nationals, with another 20,000 spaces reserved for applicants with post-graduate degrees. Even so, the program is extremely competitive. During the brief period this spring in which the application window was open, the U.S. Citizenship and Immigration Service received some 233,000 applications—an all-time record high.

A recent study found that an overwhelming majority, 86 percent, of H-1B visas granted for computer-related jobs went to Indian workers.

The cap for H-1B visas hasn’t been raised since 2004, yet the demand for those visas has risen dramatically. That’s why Zuckerberg joined with top executives at other Silicon Valley giants like Google and Yahoo to create FWD.us.

These tech titans argues that the U.S. isn’t producing enough tech talent domestically to keep up their rapidly growing demand for workers. A 2101 survey conducted by the consulting firm McKinsey & Co. found that 45 percent of American employers insist a “skills shortage” is one of the main reasons for being unable to fill entry-level positions.

The issue becomes especially problematic with foreign nationals who are educated in the United States, but are unable to stay in the country to work because they are unable to secure a visa—be it H-1B or otherwise. “Why do we kick out the more than 40 percent of math and science graduate students who are not U.S. citizens after educating them?” Zuckerberg asked in a 2013 op-ed in the Washington Post.

However, a study by Computerworld found that the largest users of H-1B visas are off-shoring companies like Cognizant, Tata, and Infosys.

Trump isn’t alone in his criticism of how the H-1B visa program affects diversity in the tech industry. Last year, civil rights leader Jesse Jackson called for eliminating the program entirely. “We need to get rid of H-1B workers,” he said. “There are Americans who can do that work, and H-1B workers are cheaper and undercut wages.”

Many of Trump’s Republican opponents, such as Florida Gov. Jeb Bush and Texas Sen. Ted Cruz have come out strongly in favor of letting American companies bring in more highly-skilled workers though the H-1B program.

“These firms are responsible for shipping large numbers of American information technology jobs to India and other countries.”

Bush said last year that it was important “to encourage young, aspirational people to come to our country,” and Cruz argued in favor of inserting a provision in the filed 2013 immigration reform bill that would have increased the cap dramatically. The Republican party has spent decades railing against undocumented immigrants, but Trump’s position as the party’s populist standard bearer marks a shift in opposition to legal immigration as well.

While the H-1B program is largely supported by the business community— the U.S. Chamber of Commerce has even called for lifting the cap entirely—Trump isn’t the only Republican in the race to come out against H-1B visas. Former Arkansas Gov. Mike Huckabee also slammed the program as hurting American workers.

Skepticism of the H-1B program isn’t limited to the right side of the aisle. Independent Vermont Sen. Bernie Sanders, who is challenging former Secretary of State Hillary Clinton for Democratic nomination, has also been critical. “Last year, the top 10 employers of H-1B guest workers were all offshore outsourcing companies,” Sanders said in a 2013 speech. “These firms are responsible for shipping large numbers of American information technology jobs to India and other countries.”