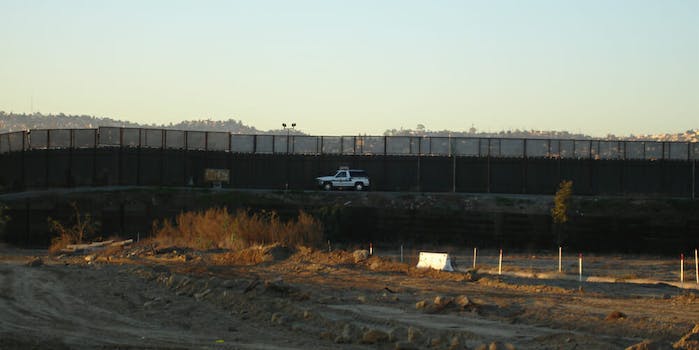 Trump administration will DNA test families at the border

People are suspicious of what the administration intends to do with the information.

The Department of Homeland Security (DHS) has announced a trial program to DNA test family units at the border to curtail what the Trump administration says are adults using children who aren’t theirs to get into the country.

According to BuzzFeed News, DHS is planning to test a pilot of the program at two separate locations along the border for two to three days. They plan on using kind of Rapid DNA testing that involves a cheek swab to collect the DNA, and provides results in about an hour and a half. An anonymous DHS official told BuzzFeed News that the results of the tests will only be used to determine if people claiming to be family are actually family, and the data will not be kept by any federal agency. If U.S. Customs and Border Patrol (CPB) decides that a group is posing as a family, they will refer the adults to Immigration Customs Enforcement (ICE) for prosecution.

In March, 53,000 families were stopped by CBP, and several in the Trump administration have insinuated that the growing number of families is a result of being unable to legally indefinitely detain children. In a recent interview with Fox News, Trump said, “It’s like Disneyland now. You know, before you’d get separated so people would say let’s not go up. Now you don’t get separated.”

During a visit to the border, DHS Secretary Kevin McAleenan seemed to insinuate that many of the families coming across the border are not actually families. “It’s very clear that the cartels and smugglers know the weaknesses in our laws,” he said. “They know that family units and unaccompanied children will be released with no consequences for their illegal entry.”