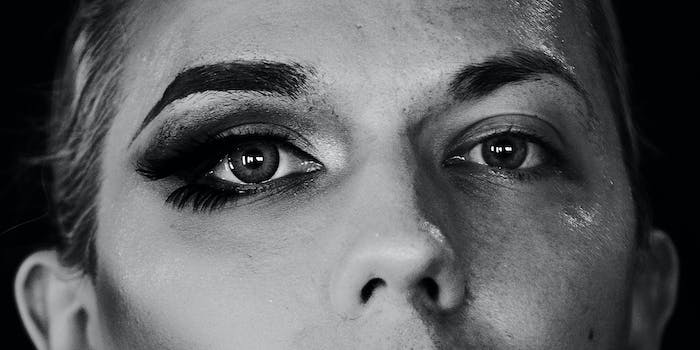 ‘They concluded that my voice was too masculine’: Trans woman says she was forced to out herself to Sephora worker (updated)

The Sephora rep allegedly went on to misgender her after the clarification.

A trans woman is sharing her upsetting experience with Sephora customer service on Twitter, calling into question some basic policies about how companies interact with consumers.

Dana, who goes by @hypersonicorn on Twitter, says that she called the beauty retailer’s customer service line after failing to receive some of the items in a recent order she placed.

“When [the customer service representative] asked for my name…I told her and she said ‘YOUR name is Dana?’ Yes bitch, did I stutter?” she wrote.

The issue was apparently that, as a trans woman, her voice was deeper than the rep expected. Because the Sephora “account owner is listed as female,” Dana says the rep didn’t believe that she was accurately representing herself and said she would not be able to help her.

After that, Dana says she then outed herself as trans to this complete stranger just to be able to continue the conversation and get the help with her order that she needed.

“She did apologize and helped me with my issue,” she said. “Then ends the call with ‘have a nice day sir.’”

Dana’s thread called into question both the training that customer service representatives receive, as well as whether it’s necessary to have a gender listed on an account to provide security to begin with.

“If you’re refusing to help me (for security reasons) because you assumed my gender based on my voice and it doesn’t match what you got on your screen, then congratulations your security can be defeated by half of humanity,” Dana wrote.

Another Twitter user who said they used to work in a call center pointed out that “this is exactly why you have security/dpa questions. If someone passes those questions it’s nobody’s business if they have a deep voice or sound like mickey mouse on helium.”

Other trans women have shared their similarly disappointing experiences with Sephora after reading what happened to Dana.

Dana later added that she did speak with another Sephora representative about the incident and was told the employee’s supervisor would follow-up with more coaching.

“My expectations for that are low,” she admitted.

Update 9:14am CT, July 9: When reached for comment, Dana told the Daily Dot in a statement that she thinks “Sephora, like almost every other company, should take a critical look at their policies and procedures to see if they negatively impact trans people and actively try to be more inclusive.”

“I get it that the world is very large majority cisgender, with only about 1% of the population trans, but that doesn’t mean we shouldn’t make an effort to be as inclusive as possible. (For perspective, people with red hair are about 2% of the population, so we are a small percent but not insignificant),” she continued. “With such a large majority of people being cisgender the default for most people is to assume everyone is cis and the trans experience is not even considered, this is what we need to change.”

The Daily Dot has reached out to Sephora.