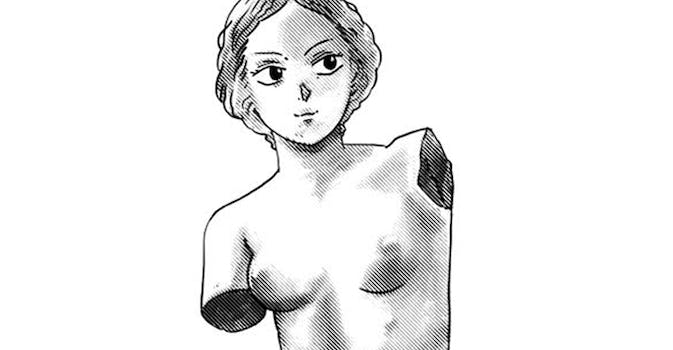 After building up 26,000 followers, admins say they're in trouble.

Created in 2019, @Autogyniphiles_Anonymous is run by three trans women who are graduate students, and has garnered more than 26,000 followers. Its meme posts center on the trans experience, gender, sex, and philosophy. Posts are usually a single slide and feature a quote from a philosopher.

“But every now and then, we decide to take on an issue,” one of the admins, who preferred to remain anonymous for her own safety, of @Autogyniphiles_Anonymous told the Daily Dot. “And we try and do it with as much compassion and understanding and nuance as possible.”

The issue in question that led to the @Autogyniphiles_Anonymous account being threatened was the phrase “men suck.” The admins created a multi-slide post explaining why they felt phrase was harmful to trans women (because it alienates the gender they were assigned at birth) and trans men (because the phrase vilifies masculinity), among other reasons.

“We had our DMs full of people telling us that [TERFs] were mass reporting the post” as hate speech, the admin said. “They thought it promoted ‘some sort of weird, perverse trans agenda.'”

“And for the life of me… I do not understand why” the post is labeled as hate speech, the admin told the Daily Dot.

The three admins of the account interpreted Instagram’s insistence on labeling the post hate speech as clearly siding with users that are transphobic.

Followers of @Autogyniphiles_Anonymous fear for the account’s fate as well. The admin told the Daily Dot that she has received direct messages saying that her account is where followers “come to feel.” Some have even told her it’s “all [they] have left.”

Meme accounts like @Autogyniphiles_Anonymous that focus on the queer and/or trans experience create a safe place and sense of solidarity for the LGBTQ+ community online, which has become increasingly important as IRL gay villages and queer spaces continue to be gentrified and become too expensive for some queer folk to live in. In addition, those who aren’t out of the closet may not feel comfortable frequenting in-person queer spaces.

Thus, online communities are paramount, especially as of late for the many queer folks who were forced to quarantine with homophobic and/or transphobic family members during the pandemic.

Chris Hassan, a nonbinary trans person who follows @Autogyniphiles_Anonymous, said they enjoy sharing jokes among their identity community and the online community the account has created.

“There’s just something I love about superimposing intimate and dense quotes about trans existentialism and post modern féministe theory over anime cat girls,” they said of the account’s aesthetic. Hassan was also initially drawn to the account because of its handle: “autogyniphile” is a transphobic term, and they enjoyed the word being used as a reclamation joke.

The admin also mentioned she enjoyed reading the uplifting and fascinating conversations that are sparked in the comment sections of her posts.

“What is Instagram’s definition of hate speech?” said the admin. “I would love to know, because I’m positive that I haven’t broken it.”