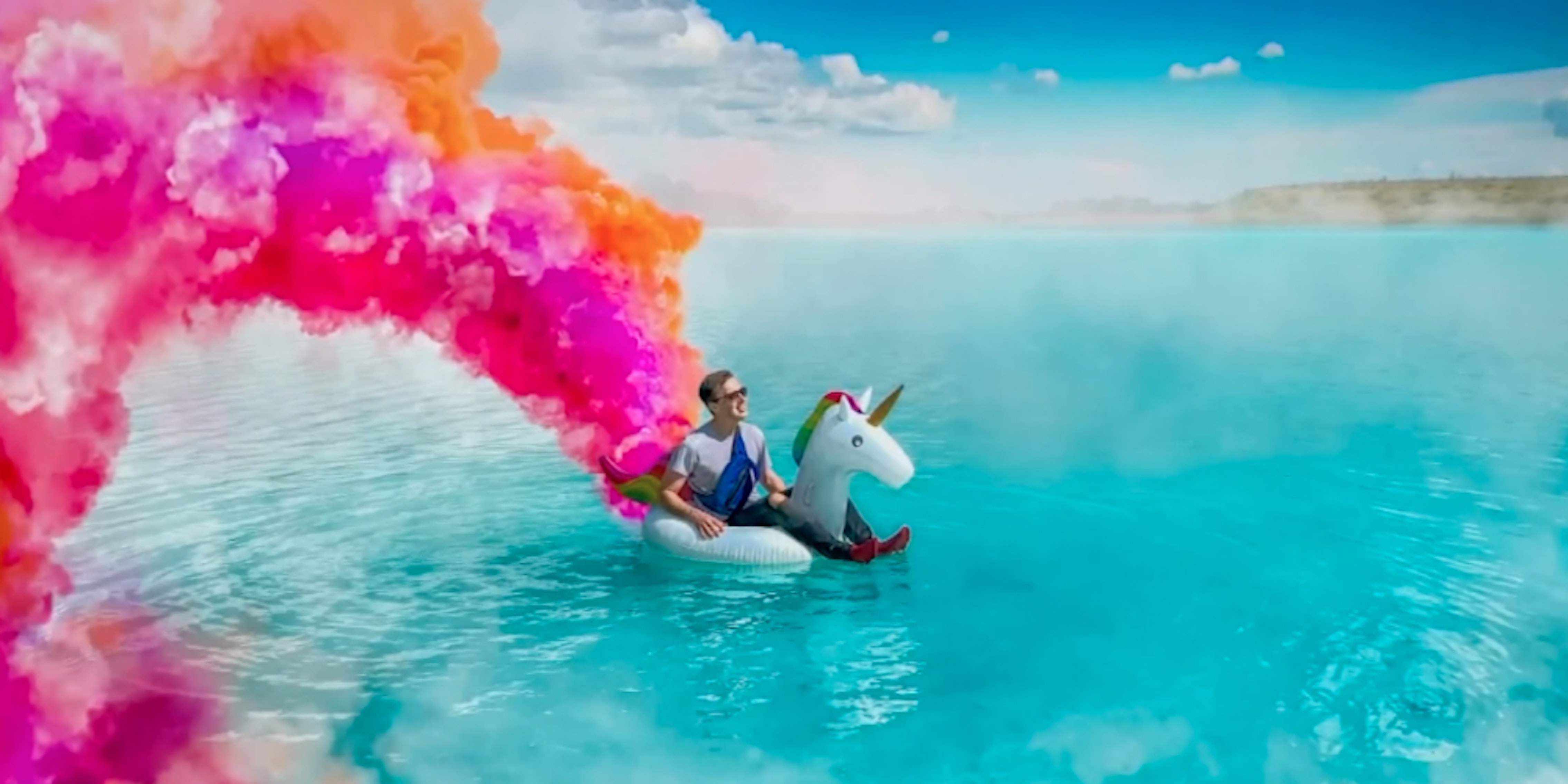 This toxic dump is the latest social media craze

People are flocking to the 'tropical paradise'–that's really a toxic dump–for the perfect selfie.

People have flocked to a bright, turquoise lake in Siberia in the hopes of capturing the perfect social media photo. But this lake is no paradise. It’s a toxic dump.

The man-made lake is nicknamed the “Novosibirsk Maldives” because of its tropical appearance. It gets its color because of chemical reactions from emissions of a nearby coal power station, the Siberian Generating Company. The company warned residents that skin contact with the water could cause an allergic reaction.

The bottom of the lake is also a muddy ash dump that is “almost impossible” to get out of, the company cautioned in a recent social media post.

Despite the warnings and international reporting, people have flooded to the area in recent days to see the toxic lake for themselves–and to take a selfie. From wedding photos on the banks of the lake to a man posing on an inflatable unicorn in the middle of the water, people took advantage of the photo opp while they still had access to the lake.

The company announced on July 12 that the area will now have a 24-hour guard to keep visitors away, according to the Associated Press.

The company still insists the toxic lake isn’t environmentally dangerous, claiming that two independent laboratories concluded that it’s not poisonous because the radiation is normal and plants aren’t dying.

“The water is saturated with heavy metals (and) harmful substances,” Shakhov said.