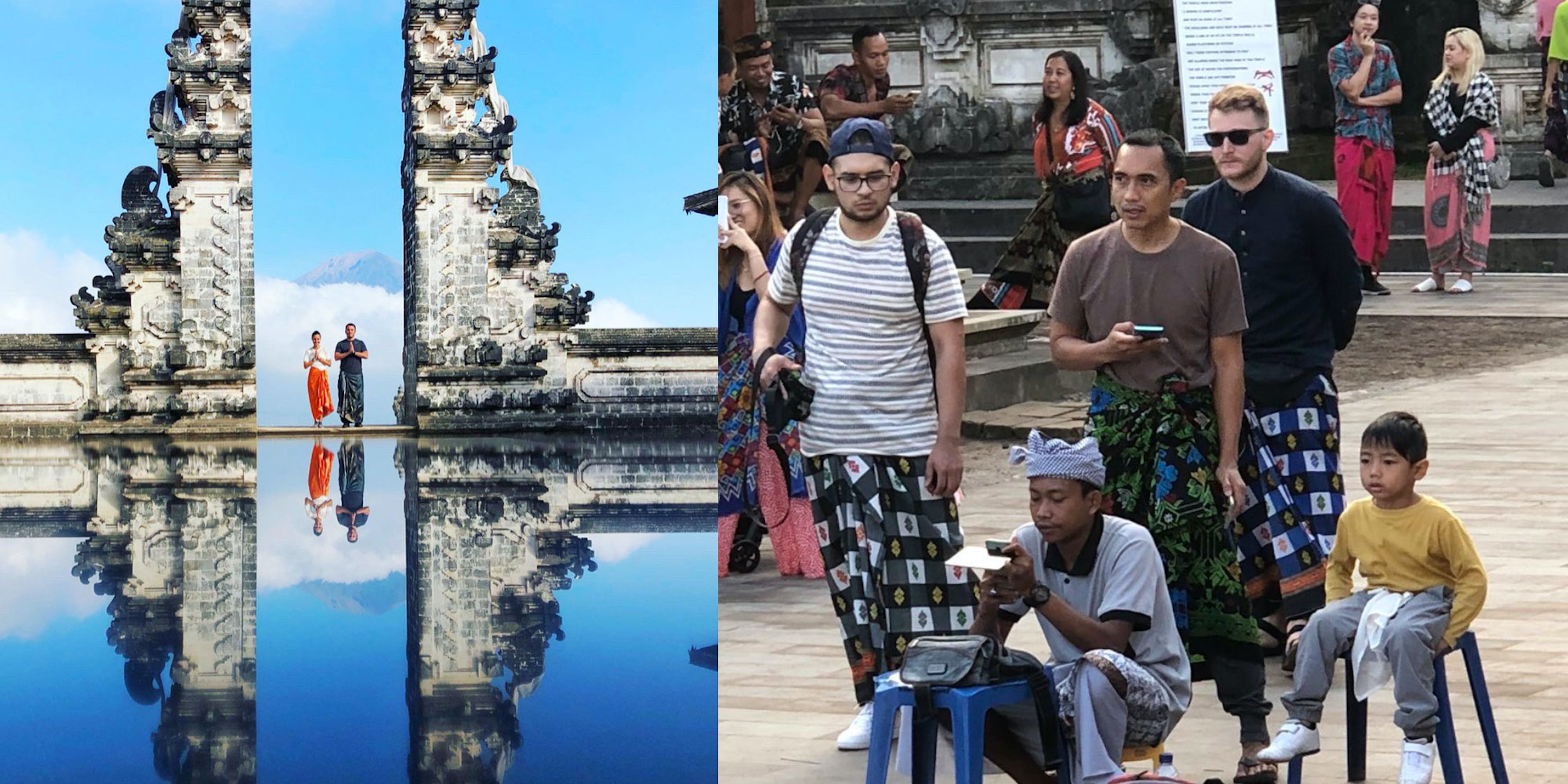 The Gates of Heaven have been Photoshopped to look like something they're not.

Influencers on Instagram have widely misrepresented an iconic Indonesian temple, making it appear to have a different photo quality than the original scene warrants.

Fortune magazine editor Polina Marinova recently discovered the discrepancy during a visit to Bali’s Lempuyang Temple, also called the Gates of Heaven, prompting others to share similar disappointments. What many thought to be a reflective pool beneath the structure is actually a trick of light and mirrors.

This was me 2 weeks ago in Bali. I was like, wait, where is the water? Felt so catfished. pic.twitter.com/w1THvDbx5u

Not that the view isn’t iconic (it is, as many pointed out in the Twitter thread), but it does pose a rising question about Instagrammers overstepping their boundaries just for clicks.

A week after Marinova’s post about being “catfished” by influencers went viral, BuzzFeed News reported on a lake in Siberia where Instagrammers are flocking the scene for the pristine blue waters. Plot twist: The lake is toxic.

In fact, the lake recently became so popular for photos that a nearby coal company had to issue a statement.  “You can not swim in the ash dump,” Siberian Generating Company said in the statement, according to BuzzFeed.

While the water is not fatal, it can cause an allergic reaction for those who come into contact with it. Ironically, the blueness of the water is a result of the chemicals that are dumped in it, and Instagrammers are really not bothered. They’re still doing shoots there, whether with an inflatable unicorn or for a wedding.

Another influencer faced trouble this week when she posted a photo of a horse half submerged in water. Kristen Hancher, who has millions of followers on Instagram, faced accusations of animal abuse and was mocked for her lack of knowledge about horseback riding.

Like anyone else, influencers have to reckon with the social and cultural implications of their actions. While the influencer community was much under scrutiny for its role in the Fyre Festival disaster, the implications of social media tourism—especially in different parts of the world—remain largely unexplored.