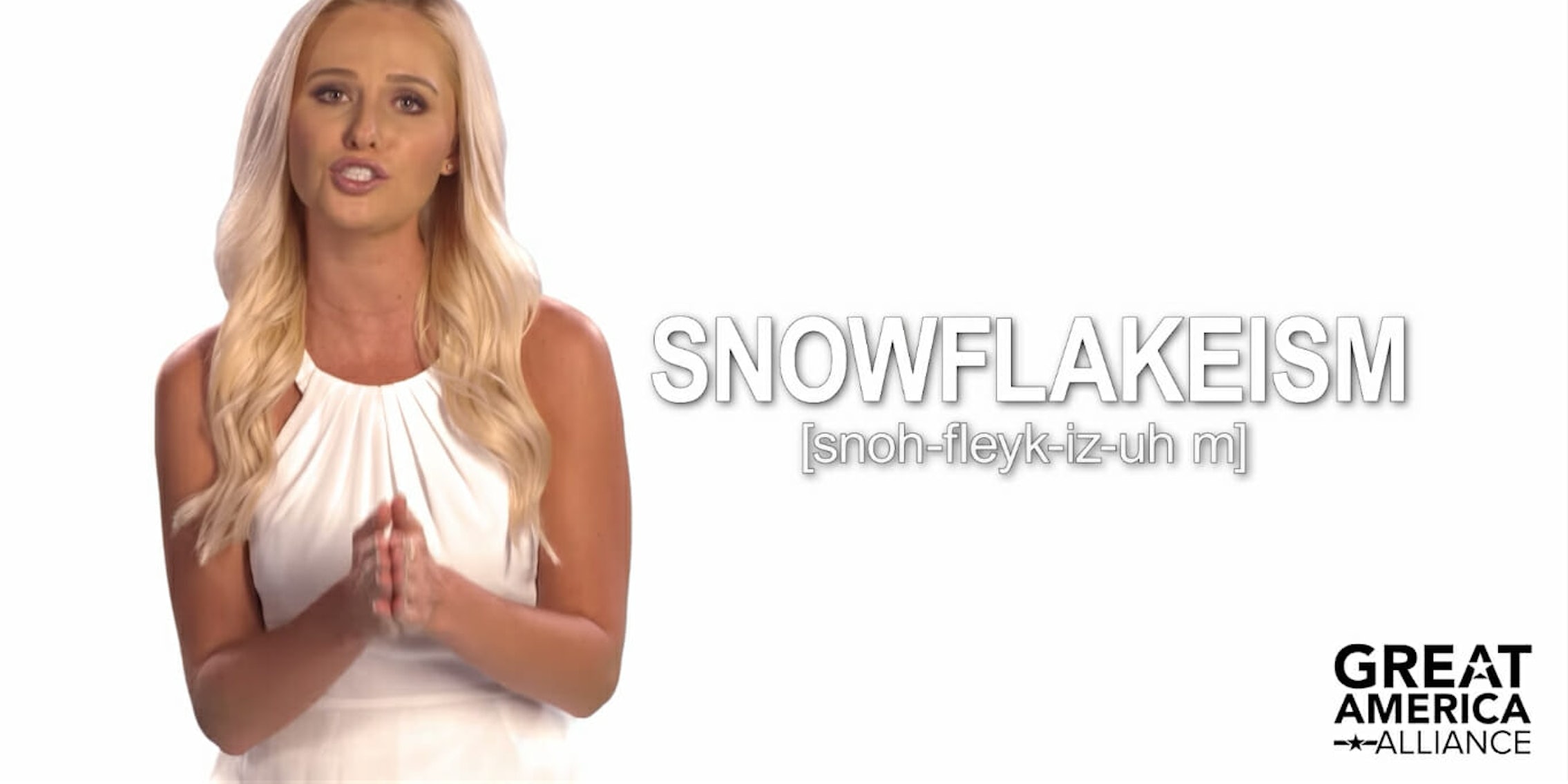 The antidote seems to be a heavy dose of MAGA.

American liberals are sick, literally sick, says conservative commentator Tomi Lahren, over the Trump presidency, and the cure is to just accept reality.

In her latest video, Lahren discusses a rare disease she calls “acute, chronic Snowflakeism.” She says that left-wing Americans are “ignoring facts” around Benghazi, Clinton’s email servers, and the Obama administration’s relationship with Iran.

“Symptoms may include Bern-ing and saying things like ‘Hillary won the popular vote’ and ‘I’m with her!'” Lahren explains, showing a photo of a man with a tattoo of Bernie Sanders’ hairline.

The 30-second clip is funded by “Great America Alliance,” a branch of the pro-Trump Super PAC “Great America PAC,” and links to a site called “Snowflake No More,” which encourages users to share the video across social media. Because, as Lahren says, people should realize that “Donald Trump is Making America Great Again.”

Previously, the Great America Alliance used $400,000 in donations to run an ad targeting former FBI Director James Comey. The ad criticized Comey as “just another D.C. insider only in it for himself,” calling him a “showboat” in the title. That campaign aired ahead of Comey’s testimony before the Senate Intelligence Committee in June, raising further questions about President Trump’s integrity as commander-in-chief.