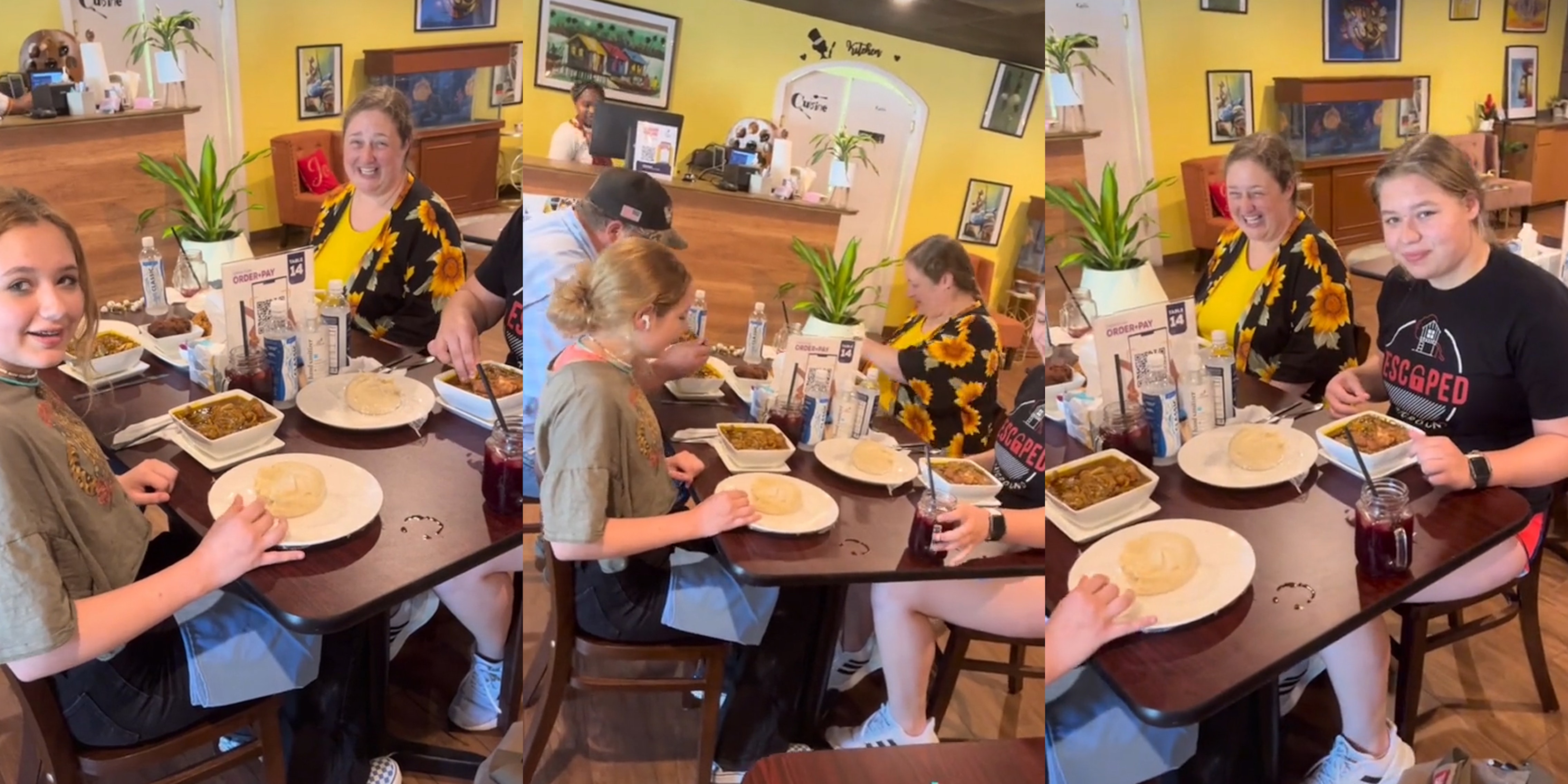 ‘Food brings people together’: Teenager in Texas brought her family to try fufu, a traditional African food, because she saw the dish on TikTok

Persistent social media use has been linked to disastrous effects’ on people’s mental health. Comparing experiences, coupled with fear of missing out, and emulating harmful body image trends are just some of the pitfalls, not including huge decreases in productivity, exacerbating ADHD symptoms, and “re-training” people’s brains to become more easily distracted.

And while it’s easy to cast a wide blanket on many social media apps, there are numerous people who utilize them in beneficial ways. Like folks who’ve managed to learn complex financial concepts for free through some content creators’ videos, or business owners who’ve managed to gain a following on platforms like TikTok that have increased sales.

For example, Delight’s Ghanian Cuisine located in Houston, TX has done exactly that. In a now-viral TikTok clip uploaded by the restaurant, a woman behind the camera asks four customers how they “know about fufu,” a staple food in West African cuisine.

According to Brittanica, fufu “consists of starchy foods—such as cassava, yams, or plantains—that have been boiled, pounded, and rounded into balls; the pounding process, which typically involves a mortar and pestle, can be laborious. Fufu is often dipped into sauces or eaten with stews of meat, fish, or vegetables.”

The customers tell the woman behind the camera, who apparently owns and operates the local restaurant, that they first learned of fufu on TikTok. The owner then asks the girl seated at the table if she saw fufu on any Nigerian or Ghanian TikTok accounts and then goes on to thank the customers for “trusting” her to try her food.

TikTokers were delighted to see the restaurant owner’s response to seeing new customers at her establishment order up some of her fare.

One user said, “I love this. She introduced her family to new dishes. Bravo.”

Another user commented, “Thanking your customers for trying your food is good business. It shows you are humble and welcoming despite any factors.”

A third user said, “I love how you appreciate everyone who goes in your location. This is definitely a restaurant I will 100% support! I can’t wait!”

Others remarked how food brings folks of different cultural backgrounds together.

Another user commented, “That’s so dope. Willing to open up to different culture.”

Others highlighted that the post is a clear example of “appreciation over appropriation,” or, as Green Heart puts it: “Appreciation is when someone seeks to understand and learn about another culture in an effort to broaden their perspective and connect with others cross-culturally. Appropriation, on the other hand, is simply taking one aspect of a culture that is not your own and using it for your own personal interest.”

In other words: the customers visiting @delightskitchen’s establishment were appreciating the food: they supported a local business and were simply enjoying another culture’s fare.

This is not the first time the dish has gained traction on TikTok. In a viral video posted in 2021, TikToker Ruth Gutierrez tried Nigerian fufu and egusi, a meat and vegetable stew, garnering 1.2 million likes and inspiring others to try foods outside of their comfort zones.

Making fufu is a time-consuming process and is said to have originated in Ghana, but different cultures that prepare the dish make it in various ways. For instance, Sierra Leone makes it fufu with fermented cassava, and the dish is traditionally paired with other meals like soups and hearty stews made with fish, vegetables, or meat and is sometimes dipped into sauces.

Chef Kavachi Ukegbu explained the food’s significance to Nigerian culture and cuisine in her book The Art of Fufu. She writes: “When you eat fufu and soup, you’re stepping into history, experiencing a rich cultural heritage.”

Ukegbu’s family’s restaurant, Safari, was the first spot to sell Nigerian fare in Houston. In an interview with local radio station KCRW, she said, “Fufu is usually the vehicle into the soup. It’s usually pounded yam tuber, cassava, cocoyam, and I want to say oatmeal, which is considered wheat fufu. Fufu usually is eaten with a hearty vegetable soup. It can be a vegetable from melon seed, mango seed, okazi, spinach, peanut soup. Most of the time, all of our West African soups are tribal-based. And it can stem from Nigeria, Ghana, Cameroon, Senegal, Liberia. And Liberia is known for their cassava soup. … And the soup is, the majority of the time, vegan.”

The Daily Dot has reached out to @delightskitchen on TikTok.