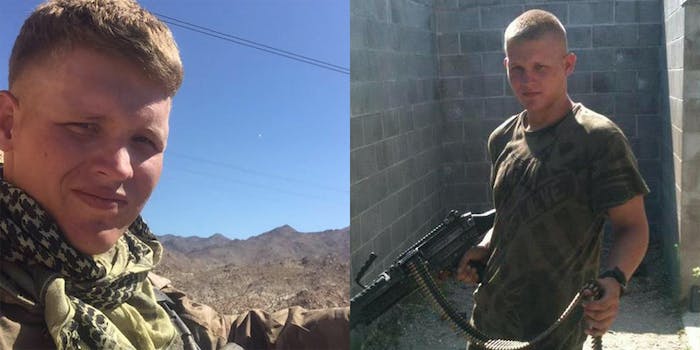 In discovered messages with a violent white nationalist group, a Georgia sheriff’s deputy bragged about beating up a Black man during a stop, alleging he “beat the shit of” the man for theft and that the assault was “sweet stress relief.”

According to a Washington Post report and CBS News, 28-year-old Cody Richard Griggers, a former Wilkinson County Sheriff’s Deputy, has pleaded guilty for possessing unregistered guns following an FBI investigation of a California-based white extremist group called “Shadow Moses.” According to CBS News, FBI agents found that Griggers “used racial and homophobic slurs” as he “wrote in a group text that he manufactured and acquired illegal firearms and also expressed views that were consistent with racially motivated violent extremism.”

According to a statement released by the Department of Justice, an FBI-led investigation last November uncovered that Griggers’ possession of 11 illegal firearms, including a non-police-issue machine gun, in his police vehicle. Agents also located an unregistered short-barrel shotgun in his home.

Griggers had also expressed pro-Nazi sentiments and discussed the killing of liberal politicians.

Per the Post, Wilkinson County Sheriff’s Office fired Griggers last November. He faces up to 10 years in prison, a $250,000 fine, and can never work in law enforcement again.

Acting U.S. Attorney Peter D. Leary said in the statement: “Coupled with his violent racially motivated extreme statements, the defendant has lost the privilege permanently of wearing the blue.”

“On one hand, it infuriates me,” Griggers wrote in his eagerness for a “civil war” against liberals and non-whites. “On the other hand, I wanted to go ahead and fast-forward so I can enjoy the suffering of the abortion that is the American population.”

The Post says that Griggers had even told the group in August 2019 that he was “going to charge [Black people] with whatever felonies I can to take away their ability to vote.”

According to Wilkinson Sheriff Richard Chatman in a report from the Telegraph in Macon, Georgia, Griggers’ alleged story of beating up a Black suspect for allegedly taking ammo from an area gun store is fake and a matter of the former employee “being braggadocious.”

“I beat the (expletive) out of a (racial slur) Saturday. (Expletive) tried to steal (a gun magazine) from the local gun store. …Sheriff’s dept. said it looked like he fell,” says Griggers in the official affidavit, per the Telegraph.

But Chatman, who is Black, says his office pulled all records during his employment of less than a year as a sheriff’s deputy and found no issues or complaints. (The paper also notes that Wilkinson County is 40% Black.)

“That never happened,” said Chatman in an interview with the Telegraph Wednesday. “We don’t even have a gun shop [in Wilkinson County].”

Sentencing for Cody Richard Griggers’ crimes is scheduled for July 6.