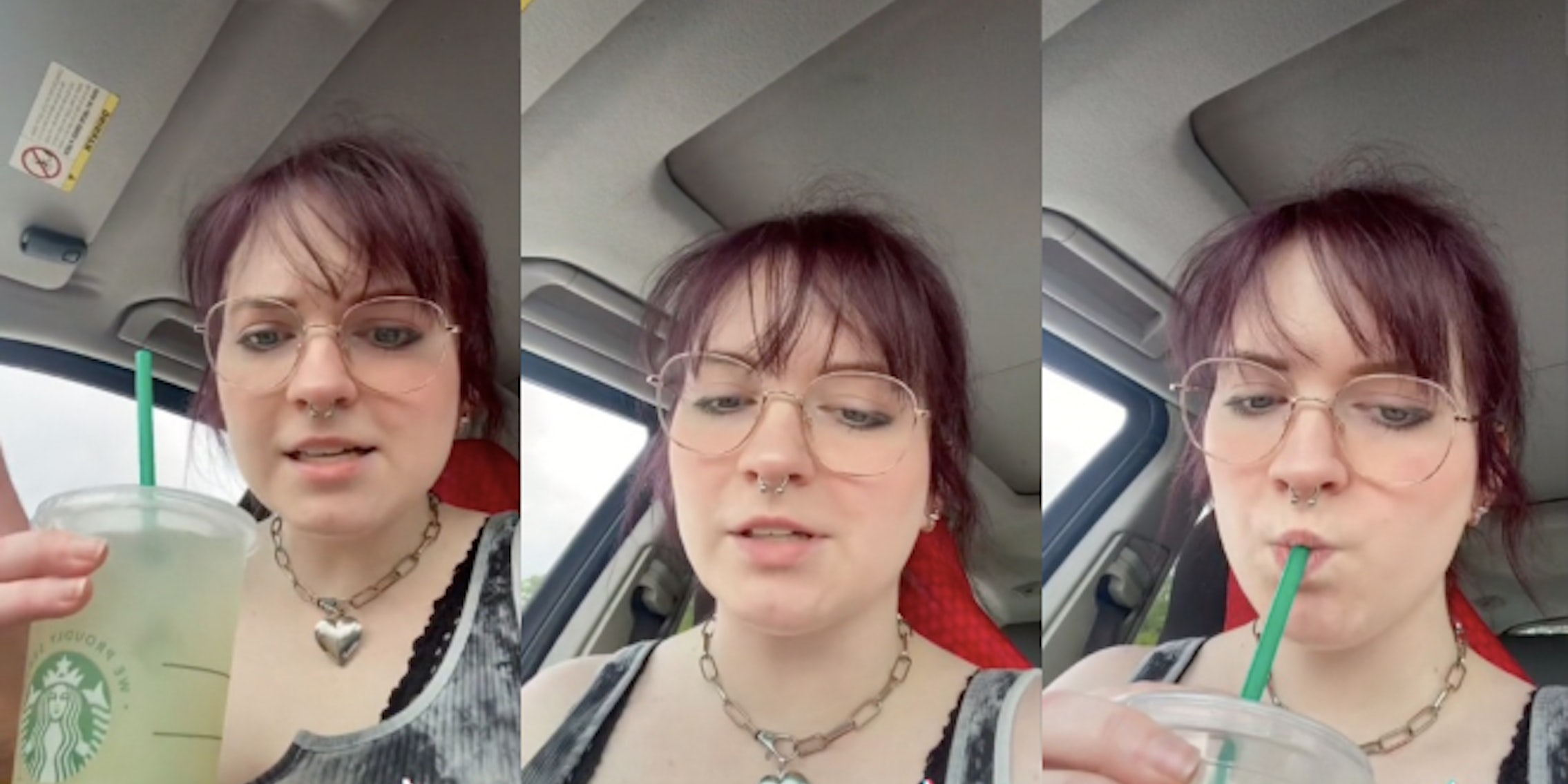 ‘That’s it? You just want lemonade?’: Customer says Starbucks baristas made her feel bad for placing simple order while they were busy, sparking debate

A TikToker is calling out Starbucks after baristas allegedly put her on blast for ordering just a lemonade.

TikToker Ash’s (@soulcrusher200) callout has received 98,000 views and counting as of Sept. 5. In the clip, Ash, a 20-year-old gaming enthusiast, tells the camera she refuses to try and “understand Starbucks employees anymore.”

Ash acknowledges that, like many others, she’s seen the videos of Starbucks baristas calling out customers for unnecessarily complicated orders that they have to fulfill often while understaffed.

The TikToker says she was running an errand and came across a Starbucks, so she decided to get a beverage.

With the overworked baristas in mind, Ash says she decided she would try to make their lives a bit easier. “I don’t really like Starbucks coffee, so I’m going to be an easy customer, and I’m just going to buy a fucking lemonade,” she recounts.

However, she says the employees were puzzled at her relatively simple drink order.

“That’s it? You just want lemonade?” she recalls them asking.

She also says that the Starbucks employee who took her drink order handed off her ticket to the baristas saying, “OK this is literally just a lemonade.” She says the remark could be heard by everyone in the store.

“Why are they complaining though it’s not even time consuming to make,” another said in a comment with over 1,600 likes.

Some were able to see it from the side of the baristas. “They weren’t complaining they were confused,” one user said. “You stunned them.”

And of course, Starbucks employees got their two cents in, explaining why the simple order of one lemonade might have caused such confusion.

The pinned comment reads, “Maybe it’s bc we make you all the most labor intensive drinks that cost more than we make in an hour,” to which Ash responded: “Ahhhh you mad.”

“I worked at a Starbucks for 7 years and the only reason I can think that they would say any of that is because we almost NEVER have anyone order just -,” another TikToker explained. Ash conceded, “Okay that’s valid.”