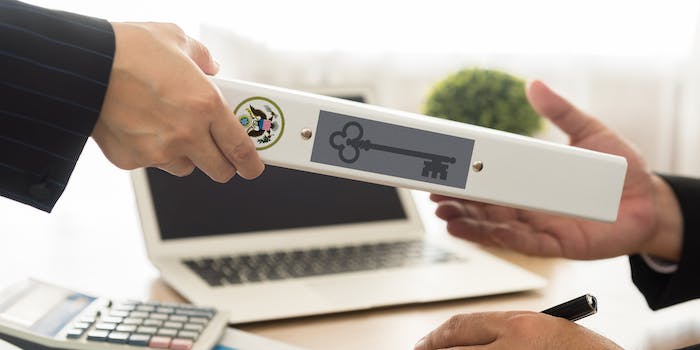 It's unclear what kind of technical assistance the government is currently demanding.

Stanford researchers filed a petition in a San Francisco federal court this week hoping to unseal judicial records that might reveal how the U.S. government forces smartphone companies to decrypt their customer’s private data.

The researchers are seeking to uncover details about the kinds of technical assistance U.S. courts order third parties to provide police, particularly with regards to encryption. A statement by the group published Thursday cited the Federal Bureau of Investigation’s efforts last year to force Apple to decrypt data on a mobile phone belonging to one of the San Bernardino shooters.

In the wake of the FBI’s battle with Apple, the group said, “Americans are hotly debating whether the U.S. government can or should require companies to design their systems to ensure government access to unencrypted private data.”

“This knowledge will inform public debate at a time when the FBI is pushing for even greater surveillance powers.”

The researchers are members of the Center for Internet and Society at Stanford Law School and part of the organization’s Crypto Policy Project, a group established in 2015 to investigate the government policies “forcing decryption and/or influencing crypto-related design of online platforms and services, devices, and products, both via technical means and through the courts.”

The petition, filed Thursday in the federal district court for the Northern District of California, aims to unseal not only government applications for technical assistance but also the judicial opinions interpreting the requests, as well as any court orders obligating companies to hand over user encryption keys or “otherwise ensure investigators access to private data.”

The researchers plan to ensure that any documents the court unseals are published in the interest of informing the public about this important policy debate.

“Because surveillance orders are usually sealed and often remain so, people do not know what kind of technical assistance the government is entitled to obtain from communications companies under current law,” CIS Director of Civil Liberties Jennifer Granick said in a statement. “We want to know whether the FBI has asked for or successfully obtained court orders to turn on microphones or cameras in cars, laptops, and mobile phones, or to use smart TVs or other audio- and video-enabled Internet-connected devices for wiretapping.

“This knowledge will inform public debate at a time when the FBI is pushing for even greater surveillance powers.”

In a blog post earlier this year, renowned security author and cryptographer Bruce Schneier argued it was impossible to intentionally implement encryption backdoors into consumer products and have them remain accessible only to law enforcement. “Either everyone gets security or no one does,” he said.

“Powerful governments, democratic and totalitarian alike, want access to user data for both law enforcement and social control,“ Schneier continued. “We cannot build a backdoor that only works for a particular type of government, or only in the presence of a particular court order.”