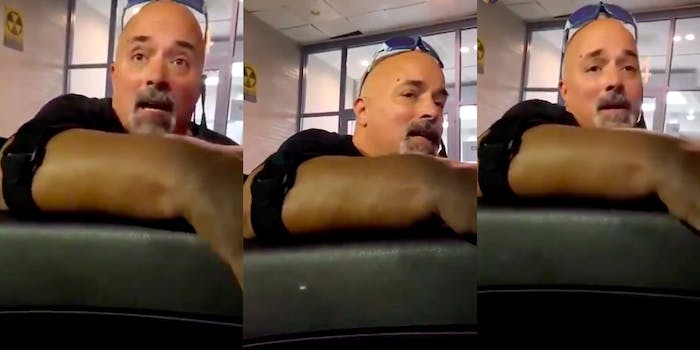 The massage therapy business is now getting review-bombed.

A massage therapy business owner accidentally sent a racist message complaining about a Black customer to the customer. Now, his business is getting review-bombed on Yelp.

Instagram user @_juju.b_ claims his mother texted the owner of Scott Francis Massotherapy that she was on her way to her massage appointment but was late. “Hey, I’m on my way!” she wrote.

“Ok, she texted me and said she is on her way, damn [N-word],” the owner, Scott Francis, texted back. The message was seemingly meant for another person.

He then followed that up with, “I’m sorry i have left the office.” Francis, however, failed to acknowledge the previous message.

User @juju.b posted a screenshot of the exchange to an Instagram Story. The story was later screen-recorded and posted to Twitter by @DHill515. “This really happened to my mom y’all, this is the guy that does our massages,” the story’s text reads.

The family then made their way over to the establishment and confronted Francis about what he said, capturing it all on video.

“I am not racist,” Francis says as he fumbles to explain himself. “But the thing of it is, I get a lot of Black women, calling and not coming, coming late. This is the way I make my living. It’s—it was upsetting.”

The customer can be heard asking him for further clarification, saying, “So because you had a lot of Black women doing this, you felt like that was appropriate? So you think it’s fair that I spent my money with you, and you’re clearly racist because you text me this. … This is inappropriate.”

When attempting to visit the Scott Francis Massotherapy Yelp page, visitors are met with a notice that reads: “This business recently received increased public attention resulting in an influx of people posting their views to this page, so we have temporarily disabled the ability to post here as we work to investigate the content.”

“While racism has no place on Yelp and we unequivocally reject racism in any form, all reviews on Yelp must reflect an actual first-hand consumer experience (even if that means disabling the ability for users to express points of view we might agree with),” the notice continues.

In October, Yelp rolled out its feature that flags businesses accused of racism so that consumers can “make more informed spending decisions.”

The Daily Dot attempted to reach out to Scott Francis Massotherapy for comment.