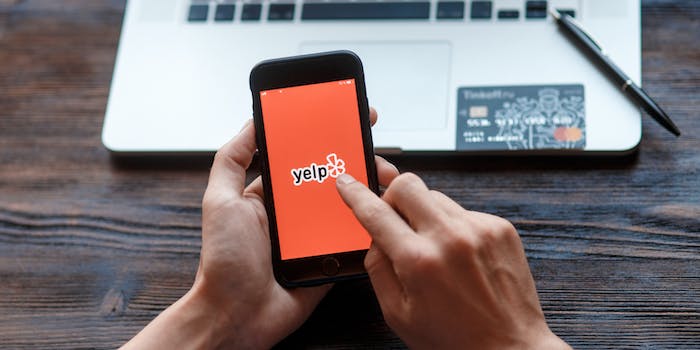 Yelp to alert customers of businesses accused of racism

Some users vowed to boycott the review platform.

Review platform Yelp has unveiled a new feature that will flag businesses accused of racism for its users. The announcement of the feature has caused a range of reactions, from concerns about how the move could negatively impact businesses to support for the effort to bolster consumer awareness.

In a tweet Thursday, Yelp wrote, “In the last few months, we’ve seen that there is a clear need to warn consumers about businesses associated with egregious, racially charged actions to help people make more informed spending decisions.”

The platform already hosts alerts on business pages after an influx of reviews are written based on news or trends online. But the new feature will allow the business operations team to place an alert directly correlated to incidents of racial discrimination, violence, or abuse on its pages.

Along with alerts, the platform will also provide news articles to inform users of incidents that have taken place. “Communities have always turned to Yelp in reaction to current events,” Yelp tweeted.

The restaurant and business review platform’s attempt at racial accountability sparked mixed reviews. Some users saw the feature as a beneficial way to stay educated about the companies they decide to support. Others denounced the feature, saying it could easily be abused and that they would delete the app for good.

“Couldn’t consumers who were concerned about this just read reviews and draw their own conclusions?” one user wrote in response. “I’m concerned about declaring a business racist from on-high; isn’t customer and community consensus a better way to go about this?”

The new announcement follows recent accusations of racial abuse by former Yelp employees. According to Business Insider, former employees alleged that they faced racism from customers and colleagues. Several employees say they “witnessed racist language, including nicknames and the N-word, as well as memes that mocked non-white clients.”

In a statement Thursday, Yelp stated that it “value(s) diversity, inclusion, and belonging, both internally and on our platform, which means we have a zero tolerance policy to racism.”

This summer, following national protests against racial injustice, Yelp said that searches for Black businesses surged immensely. The company rolled out several initiatives to help users find and support Black businesses and said it will continue to do so. In 2018, the platform added an “open to all” feature to indicate businesses that don’t discriminate against the LGBTQ community.