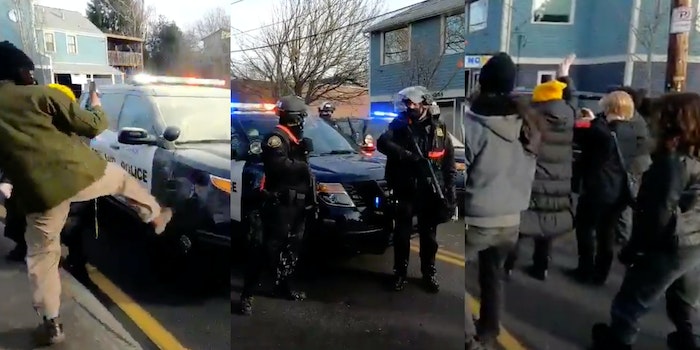 Protesters gathered outside the Kinney family's home to 'reclaim' their property.

A viral video shows protesters in Portland, Oregon, forcing police on Tuesday to retreat from the home where a Black and Indigenous family was evicted in September.