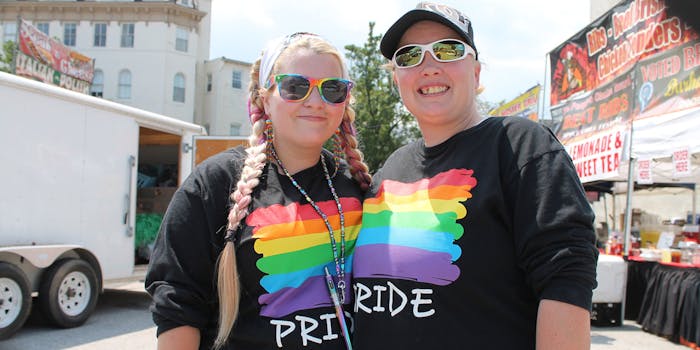 #GaysBreakTheInternet is the loving response we needed today

#StraightsBreakTheInternet, however, can just go away.

In response to the news of the mass murder at gay nightclub Pulse in Orlando, hundreds of LGBT people have been posting pictures of their lovely faces and messages of support for one another using the hashtag #GaysBreakTheInternet.

#GaysBreakTheInternet No one deserves to be treated like this just because they like people of the same gender, smh. #LoveIsLove #LGBTQ

The hashtag began trending early Monday morning alongside #PrayforOrlando and #OrlandoUnited as part of an outpouring of support for the victims of the Orlando tragedy and the LGBT community.

I know I’ve already posted this photo. But today’s events just showed me that no ones life should be taken for granted. I’m so incredibly devastated on today’s events in Orlando. Shows our world needs need more love and less hate whether it’s horrific mass shootings, famine, poverty. We all just need to know we are there for eachother. I’m praying for every family that was affected in orlandos shootings. I’m so glad I have the guy in my life where I can totally be myself, and be loved for it. Thank you Jeffery Kearney for always being there. #prayfororlando #RIPChristina #prayfortheworld #gaysbreaktheinternet

Some people even used the tag to come out to friends and family.

because after today i want to properly come out.

i'm gay and we all deserve a life #GaysBreakTheInternet pic.twitter.com/0lKSp8ZGnA

In response to the hashtag, which has been trending most of the day, some users took to social media to use the hashtag #StraightsBreakTheInternet.

Fortunately, the #StraightsBreakTheInternet tag is mostly people mocking it at this point.

#StraightsBreakTheInternet I'm straight, but this # is unnecessary. 50 lbgtq people lost their lives today lets celebrate them instead ok