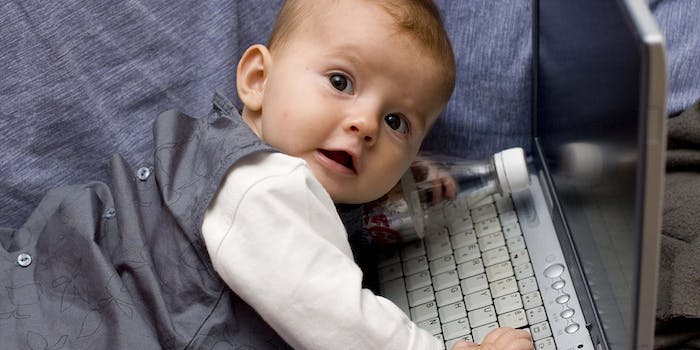 Crowdsourcing is the future of adoption

As adoption agency costs skyrocket, couples are heading to the Internet and avoiding them entirely.

Emily had her heart set on adoption. The Midwest native, who runs a childhood education program at a local museum, could already envision her future child playing with the family’s fearless mutt, Liesel. She could see herself teaching the kid how to cook, or sharing the profound joys of a good book.

She could also see her husband Michael, a Harvard-educated antiquities scholar who bolted academia to teach horsemanship professionally, building a crib for the baby with his own hands—much like how he made the family’s Christmas tree out of an old shipping palette.

So when she and Michael got a phone call from a friend last year telling them about a child who needed to be placed in a home immediately, they jumped at the chance. But it wasn’t meant to be: The adoption ended up falling through their fingers. 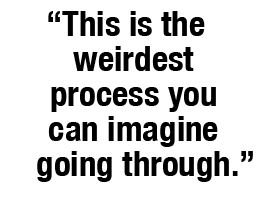 Emily and Michael, who requested their last name be withheld to retain privacy during the adoption process, spent the ensuing seven months getting ready to try again. They wanted to be prepared this time, to make sure there were no hitches, no last-minute trouble. In doing so, they were about to become unwitting participants in an almost revolutionary change in the way adoptions are conducted in America.

Thanks to the Internet, a growing number of prospective parents are connecting with birth mothers directly—outside of traditional adoption agencies. And online resources like social media are helping to push the complex web of relationships between birth parents, adoptive parents, and the kids themselves into something more open and accommodating than in generations past.

This openness brings with it a newfound set of dangers, most pressingly from scammers intent on preying on people at their most vulnerable. The Internet has irrevocably democratized the world of adoption, making it far more fraught with promise—and peril.

“This is the weirdest process you can imagine going through,” Emily said, referring to something known as the “home-study” process, where hopeful adoptive parents jump through a litany of hoops to prove to the state that they’re fit to become parents.

The first steps Emily and Michael took into the online realm was to create a website they called E & M Adopting. The simple site served two basic purposes: To let the world know that they’re in the market to adopt, and to paint a picture of the couple as responsible, loving adults to whom a birth mother would feel comfortable entrusting her child.

“We have a home that is filled with boots smelling of horses, home cooked meals, and laundry that bears the battle scars of a preschool teacher,” they write in a bio on their website. “Outside our door is the beautiful farm where we live with acres of room to roam.”

They created an online photo book with dozens of photos of the couple, their close friends, and extended families. 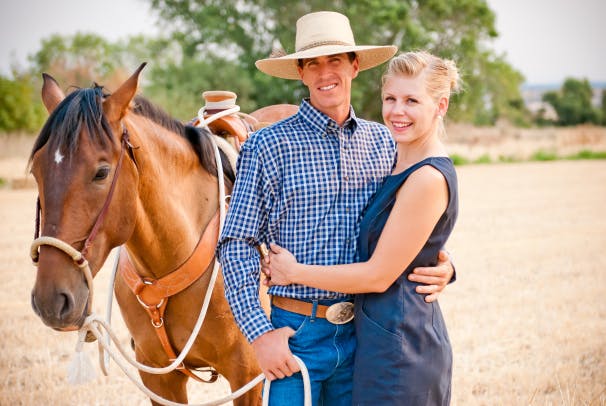 They had business cards professionally printed directing people to their website. They got a handful of their loved ones to post Facebook messages about their search in the hopes that those messages would be then be shared. And, yes, they even wrote an ad on their local Craigslist.

Using the Internet to make connections between birth and adoptive parents is something Emily calls “really old-school.” It’s basically a return to a time before the majority of American adoptions were “closed” and completed through agencies. In closed adoptions, those looking to adopt would essentially get on an agency’s list and, when they got to the top, be matched with a kid. In most cases, birth parents had little choice over what family their child would end up in.

For about 25 years now, however, adoptive parents have pushed towards what are known as open adoptions, where the birth mother has some say in where her child ultimately goes.

When matching occurs outside of an agency system, a birth mother can be as selective as she desires.

“Doing an independent adoption allows the birth mother to find us and have more agency in the process,” Emily explained. “She will feel more comfortable because she’ll be the one making the choice of where her child goes.”

Even in cases where adoptive parents are working with an agency, it’s still common for them to also market themselves over the Internet. A 2012 survey of parents who had gone through the adoption process that year found that 90 percent had some form of open adoption.

“The agency we hired to promote us also encouraged us to do the same ourselves by setting up a website and telling people on Facebook,” noted J.D. Schramm, a lecturer in communications at the Stanford Graduate School of Business.

Along with his husband Ken Daigle, a minister at the Unity Center for Spiritual Living in San Francisco, Schramm has been looking for a child to adopt for about a year. The two built a website, TwoLovingDads.com, and a Facebook page dedicated to their adoption efforts. And then they took matters one step further, purchasing a string of Facebook ads targeted at women between the ages of 16 and 50 who have searched for or mentioned the words “pregnancy,” “motherhood,” or “adoption” in their profiles.

In years past, these sorts of ads may have been placed in the classified section of a local newspaper.

“The agency said we should let everybody we can know we’re committed to adopt, because you never know where that connection is ultimately going to come from,” Daigle said.

When asked why she decided against going with an an adoption agency, Emily was blunt: It largely came down to cost. No matter how you do it, adoptions are expensive.

Going through an agency for every step of the process can cost up to $40,000.

“Agencies are heavily regulated and, by law, have to have a fairly large staff, which costs money,”  explained Donald Cofsky, a New Jersey-based adoption lawyer who also serves as the president of the American Academy of Adoption Attorneys. “They have to charge a lot in order to stay in business.” 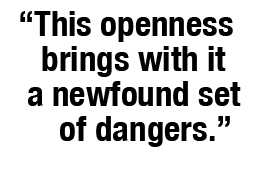 Many of those costs, such as the home-study and lawyer fees, don’t go away just because the adoption is handled online. Still, the overall price tag does shrink considerably for an open adoption. A federal tax credit covers up to $13,000 of adoption expenses, which is about how much the cheapest adoptions will cost.

There’s another trend that’s help reduce costs. Due to increased regulation from governments around the world, particularly Russia and China, it’s become far more difficult to adopt internationally. In the U.S., regulations also make the process much more cumbersome than a domestic adoption.

In the years since a peak in 2004, the number of international adoptions in the U.S. has decreased by 50 percent. Cheaper domestic adoptions, in turn, have risen to fill the gap.

These days, couples who want to adopt aren’t using their social networks just for tracking down leads on kids. They’re also raising funds on sites like AdoptTogether. Just as sites like DonorsChoose.org and Kiva have leveraged small donors to raise money over the Internet for public school classrooms and small business loans, AdoptTogether applies the crowdfunding model to adoption. Families can accounts into which supporters can leave tax-deductible donations.

It’s only one of many such services, however. Smartphone apps like Lifetime Open Adoption answer frequently asked questions and lets birth mothers search by race or geographic region for families ready to adopt.

It’s this latter type of service–which helps make a connection between birth mothers and adoptive parents–that’s sparked a proliferation of Internet companies entering the adoption business, such as Adoptimist, Reach Adoption Network, and Parent Profiles.

“These websites are like billboards for direct adoptions,” Cofsky said. “These sites generally cannot match because, in most states, only licensed agencies can get paid to do matching. They only have to act as a billboard.”

“They’re business people jumping in because there’s money to be made,” he added with a touch of frustration.

But the process does work.

“I cannot imagine what our process would have been like if we didn’t use this resource,” said Josh Gordon, who adopted his son Jayden from a woman he connected with through Adoptimist.

Gordon said that his Adoptimist profile did more than just put him in touch with his future son. It also helped him and his wife approach the oft-difficult decision to adopt in baby steps. At the beginning, he explained, he didn’t feel comfortable telling friends and family let him know if they knew of any women looking to give their children away to adoption.

“I just couldn’t be the person who put something on Facebook,” he said. “I made bunch of adoption business cards, but barely gave any out.”

The profile also gave Gordon something almost tangible that, once he was ready to tell people he knew about his family’s adoption plans, he could actually show them. It was a real thing, something he was proud of—proof that this adoption was something more than just an idea.

Services like Adoptimist are analogous to dating sites. They let people set up profiles and take steps to facilitate connections, but they’re very explicit about what they’re prohibited from doing: Namely, virtually every other part of the adoption process outside of telling birth mothers that adoptive parents exist.

Since the company isn’t registered as an adoption agency, it’s unable to make any kind of recommendation to the site’s users. That extends even to advising users to get their own lawyer as soon as they make contact, a step that everyone involved an adoption is strongly advised to take.

This has led to a major problem for facilitator sites, one that has brought them a fair share of criticism: People going through the adoption process are often in very vulnerable positions, which can make them easy marks for scams.

“We’ve seen people scamming adoptive parents by getting them to pay living expenses when they’re not really pregnant,” Cofsky said. “Or they really are pregnant, but are having multiple families pay all their living expenses [each family think they are the only one. You have to be careful if there’s a request for money involved.”

Gordon recalled how he was deluged with scam messages almost as soon as he put his adoption profile online.

“I’d get emails from overseas saying that someone had a newborn baby that was open for adoption. We’d do some research and see these email address or domain names were already flagged as scammers,” he said. “They’d always tell us to use their lawyer, but when we’d insist that they get in touch with our own attorney the scammers would always give up.”

What’s so upsetting is that it’s our emotions that they were dealing with. I’m sure there are gullible people out there who are so desperate they’ll willingly pay $500 to a disreputable source just to supposedly get the process going.

Despite the risk, using these online resources have given many aspiring parents-to-be hope.

“We love you. Always have, always will. It’s as simple as that,” Emily and Michael write in a letter to their future child. “You’re probably going to roll your eyes at us someday, or be way too cool to be seen in public with us, but never ever forget, we will always, always love you. Love ya’ kiddo, we can’t wait to meet you.”