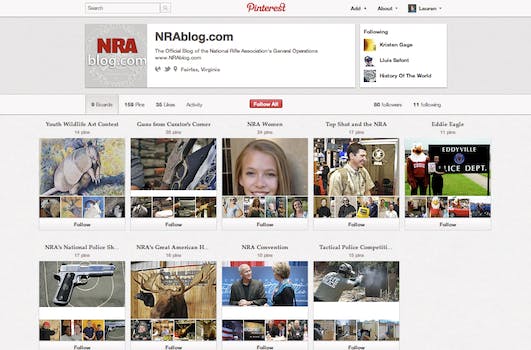 Many gun control advocates are directing their horror over the Newtown, Conn., school shooting at the National Rifle Association online.

For the overwhelming majority of Americans, there’s nothing to do in response to the horrific news of a gunman who killed 18 children in a Connecticut elementary school.

So, in what’s becoming an emerging trend in response to news of mass shootings, many gun control advocates are directing their horror at the National Rifle Association online.

As of press time, the NRA, the most visible pro-gun lobby in the U.S., hasn’t addressed this shooting on its social media sites. Its most recent announcement on both Facebook and Twitter is from early Friday morning, before news of the shootings broke: A contest to give away an unspecified “auto emergency tool.”

“20 people are dead and most are children. When will you start to say it’s not the guns but the man?” asked Jim Hanley. We need stronger laws in this country regarding gun control.”

Some NRA defenders shot back: “Sick of trolls and liberals coming on here,” wrote Mazeof Insanity. “Why are some of you complaining about the giveaway???????” But the vast majority were either condemning the NRA and gun culture, or lamenting the deaths of the children.

“Can it help out with school shootings?” ‏@notjustmovies asked of the auto tool.

“On the tenth day of Christmas the @NRA gave to me, an elementary school slaughter,” tweeted ‏@tbogg.

The NRA had previously scheduled Colt Ford, country rapper and gun enthusiast, to do a Twitter question-and-answer session on Friday afternoon. The NRA didn’t mention the session after the shooting, though Ford did.

“Apologies for the inconvenience, but the Colt Ford Tweet & Greet with @NRACountry will be rescheduled,“ he tweeted.

In July, after a gunman killed 12 moviegoers in Aurora, Colorado, the NRA came under heavy criticism for a Twitter gaffe. An automated tweet it had scheduled earlier, which read “Good morning, shooters. Happy Friday! Weekend plans?,” was posted out on the site’s official feed soon after the massacre, prompting considerable outrage.