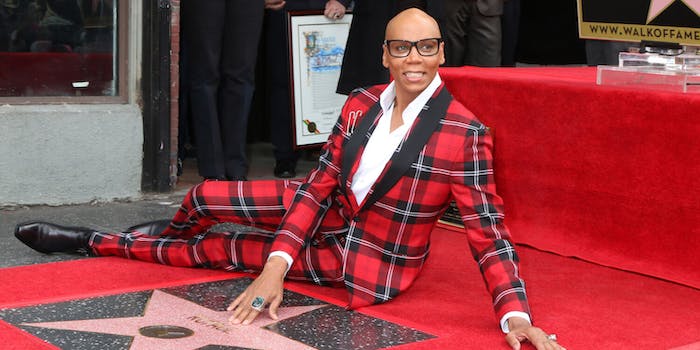 Another controversy is bubbling around RuPaul Charles. When the RuPaul’s Drag Race host went on NPR’s Fresh Air radio show, interviewer Terry Gross asked RuPaul about the 60,000-acre Wyoming ranch that he and his husband own.

“What are you doing with them? I mean—that came out a little weird. But I mean do you have, like, horses or cattle or a farm or…?” Gross asked.

And while the statement was vague, shrewd listeners realized it meant that RuPaul admitted to letting mineral companies frack on his ranch. Gizmodo reports that according to FracTracker, a nonprofit that combs public documents, RuPaul’s land has over 35 oil and gas wells and leases to major fracking companies.

To oversimplify, fracking means that in order to get fossil fuels from underground, oil and gas companies pump chemicals into the ground and then extract what they are looking for. Due to negligence, fracking has caused contamination of drinking water sources and uses, on average, 8 million liters of water. To put that in perspective, that’s the daily use of about 65,000 people.

A YouTube video by German education channel Kurzgesagt – In a Nutshell explains the process in further detail.

“Terry Gross did not follow up with one question about the fact that RuPaul is FRACKING,” Solomon tweeted.

In response to the news, people on Twitter threw all kinds of shade at the famous drag queen.

RuPaul has in recent years come under closer scrutiny by fans. He was slammed online in 2018 for tweeting transphobic comments, and he was criticized for his team’s lack of diversity at the Emmys last year.

Earlier this month, a drag queen was disqualified from RuPaul’s Drag Race after admitting to catfishing men.