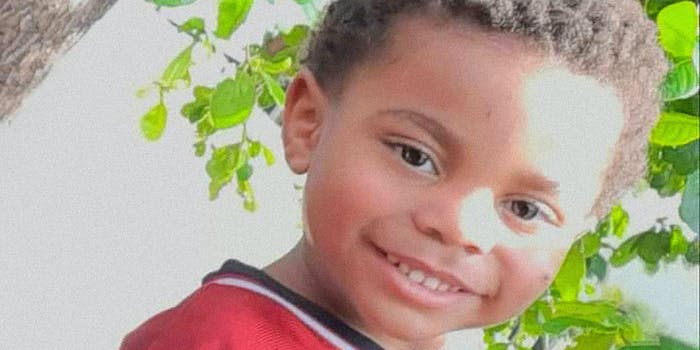 His mother accused the hospital of giving up on him too soon.

A toddler’s death has sparked controversy after his mother live-streamed from the hospital room and accused medical workers of not doing anything to save him.

Three-year-old Nayim Carter was taken to Nemours Children’s Hospital after being diagnosed with pneumonia back in December, according to an investigation by WFTV. He was in the hospital for six months when his heart stopped, and his mother’s now-viral live stream began.

“And all of a sudden, his heart stopped,” Nayim’s mother, who goes by the name Amina Muhammad, said during the stream. “And now, his heart won’t stop stopping. And they keep having to bring him back. And now they’re done. They said they’re not going to do nothing else about it because they’re done working on him.”

She insisted that he “still has a blood pressure, he still has oxygen, and he still has a heart rate, ‘cause his daddy is fucking working on him because they said they’re not going to do this shit no more ‘cause they’re done.”

Another portion of the video actually showed Nayim’s father, who goes by the name Alli Muhammad, performing chest compressions on the child in the hospital bed.

The stream immediately drew outrage online, as people empathized with the parents and questioned why the hospital would allegedly stop working on Nayim when his parents insisted he could still be saved.

As more information came out about Nayim and his family, it was revealed that the child had nearly drowned back in February 2020 and had not woken up since the incident.

According to WFTV, brain scans taken a month after his accident showed “very minimal brain activity,” but Nayim’s parents were unwilling to let him go. Instead, they had the hospital release him into their care, where Amina insisted he was still responding to songs and exercises done by his grandmother in the same space.

Now, the video taken from Nayim’s hospital room is prompting accusations that the staff didn’t fight as hard to save the boy’s life as they should have, despite his parents’ wishes, because they found he was already brain dead.

Others have stood by the hospital in the matter, empathizing with the grieving parents but questioning whether there was really anything else that could have been done.

Nayim’s father has reportedly insisted “there is no much medical, empirical or scientific condition or thing such as ‘brain death.’”

He has also reportedly said that the family has requested their own autopsy.

The Daily Dot has reached out to Nemours Children’s Hospital and Amina Muhammad.