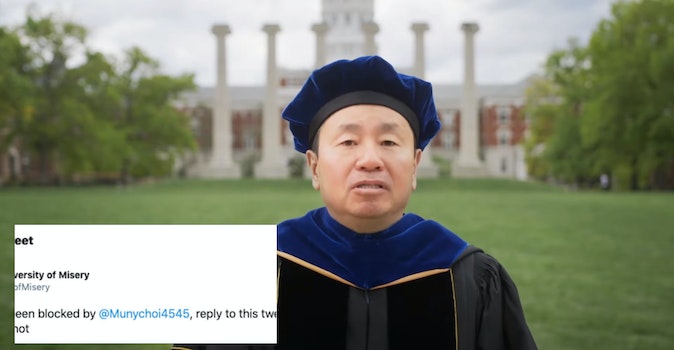 Students at the University of Missouri are left with restricted access during a crucial semester.

On Wednesday, an anonymous Twitter account under the username @UofMisery created a thread for Mizzou students to show that they’ve been blocked by the school’s president, Mun Choi. Students expressed that the block is a result of voicing their concerns with on-campus safety issues surrounding the coronavirus. At the time of writing, the thread has 13 screenshots.