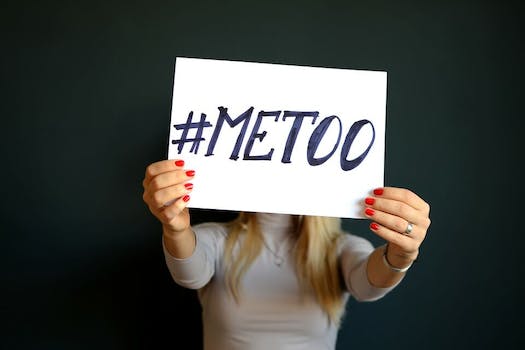 What the astounding number of ‘Me Too’ posts really mean

The phrase and hashtag #metoo has been one of the most viral and powerful occurrences in social media history. In case you somehow missed it, the actual “Me Too” movement was first sparked back in 2009 by activist Tarana Burke, and was repopularized when actor Alyssa Milano said on Twitter that anybody who had been “sexually harassed or assaulted” should reply to her Tweet with “Me Too,” in order to give a proper visualization of the problem on Oct. 15. The ensuing power of the hashtag continues to be felt, as women and men use the #MeToo hashtag or simply post “me, too” across media platforms to reveal their own experiences, debate harassment culture, and express solidarity and support. How many people have posted “Me too” since October, though, and additional data related to the movement, shows how much the phrase has embedded itself in our culture, and how it isn’t going away anytime soon.

Numbers, when it comes to phenomena like #MeToo, are important. They show a lot of different things: how powerfully something resonated, where it found the most audience members, who was most attracted to and energized by it, and what sparked new surges of popularity. This is particularly important considering the enduring taboo around discussing sexual assault and harassment, among both male and female victims. These numbers show what many women already knew: that people all over the world experience sexual harassment and assault, and every culture needs to do something about it.

What The Data Behind #MeToo Reveals

The publicly available nature of some of the #MeToo data — it’s on public platforms like Instagram, Facebook and its original medium, Twitter — has meant that it’s been analyzed by many different people. One, the multimedia artist Erin Gallagher, revealed in November to ArtNet that she’d produced a visualization of 24,722 #MeToo tweets as they’d spread through different social communities on Twitter. And her results revealed that #MeToo sparked a hugely widespread reaction: 10,709 distinct social groups, or small collectives of people who follow one another, were part of that Tweet collection. The results, Gallagher told ArtNet, included far more communities than any trending hashtag she’d seen before.

The unexpectedly widespread nature of #MeToo is revealed in other data, too. EZYInsights, an internet analysis company, published data around #MeToo that has a few similar insights. The hashtag and its translations around the world have trended in 85 different countries in 2017, and the French were actually discussing a similar idea before #MeToo took off, with a hashtag called #BalanceTonPorc, literally translated “expose your pig,” a request for sexual assault and harassment sufferers to reveal their abusers.

Once #MeToo joined the party, it was picked up on every continent, but was particularly heavily reproduced in the U.S., Europe, India and Australia. Tracking the numbers around #MeToo specifically can be overwhelming, because they’re huge: half a million people responded to Milano’s Tweet in the first 24 hours, and by the end of November, Twitter confirmed that over 1.7 million Tweets had been made with the hashtag or its translations worldwide. Those numbers are still continuing to grow, though more slowly than when the trend first began.

And that’s just Twitter. Other social media platforms saw a huge #MeToo trend; Facebook revealed to CBS News that in the 24 hours after Milano posted her Tweet, 12 million posts and comments went up, and 45 percent of all U.S. users had friends who’d posted #metoo. EZYInsights found that Facebook news coverage of #MeToo was more popular in November than #fakenews, Russian hackers or natural disasters. And interestingly, Google searches about #MeToo in the U.S. were most popular in Utah and Idaho, while it was most highly googled elsewhere in Canada, Australia, New Zealand, Norway, South Africa, the UK and Sweden.

It’s not fair to use this data to declare specific countries have a “problem” with sexual assault; some national cultures may be more comfortable discussing sexual assault out loud than others, for example. What this does seem to reveal is that it’s a seriously worldwide issue, even in places like Sweden and Norway, which have reputations for high levels of gender equality.

It’s Not Just About The Hashtag

It’s not just about #MeToo itself; data can also reveal what the hashtag sparked in its users. While searches for #MeToo itself peaked in the U.S. in mid-October and have since dwindled, Google searches about the definition of sexual assault and harassment, EZYInsight reports, have been gradually on the rise since October. In our own analysis of Google trends, searches for “workplace harassment” have been on a gradual upward trend since October, too. Some people were also very interested in googling #MeToo alongside “men,” but this search was only really popular in the U.S. in New York and California, which indicates that perhaps it wasn’t a widespread idea.

The entire point of the #MeToo phenomenon was to make the scale of sexual harassment and assault worldwide highly visible — and it has, in ways that perhaps nobody predicted. Simply visibility, of course, isn’t enough — and the fact that this hashtag has encouraged more allegations against prominent male abusers to be made public is a good thing. But the way in which people are talking about assault and harassment is now more open than ever before, and can teach us about the problem in unprecedented ways.