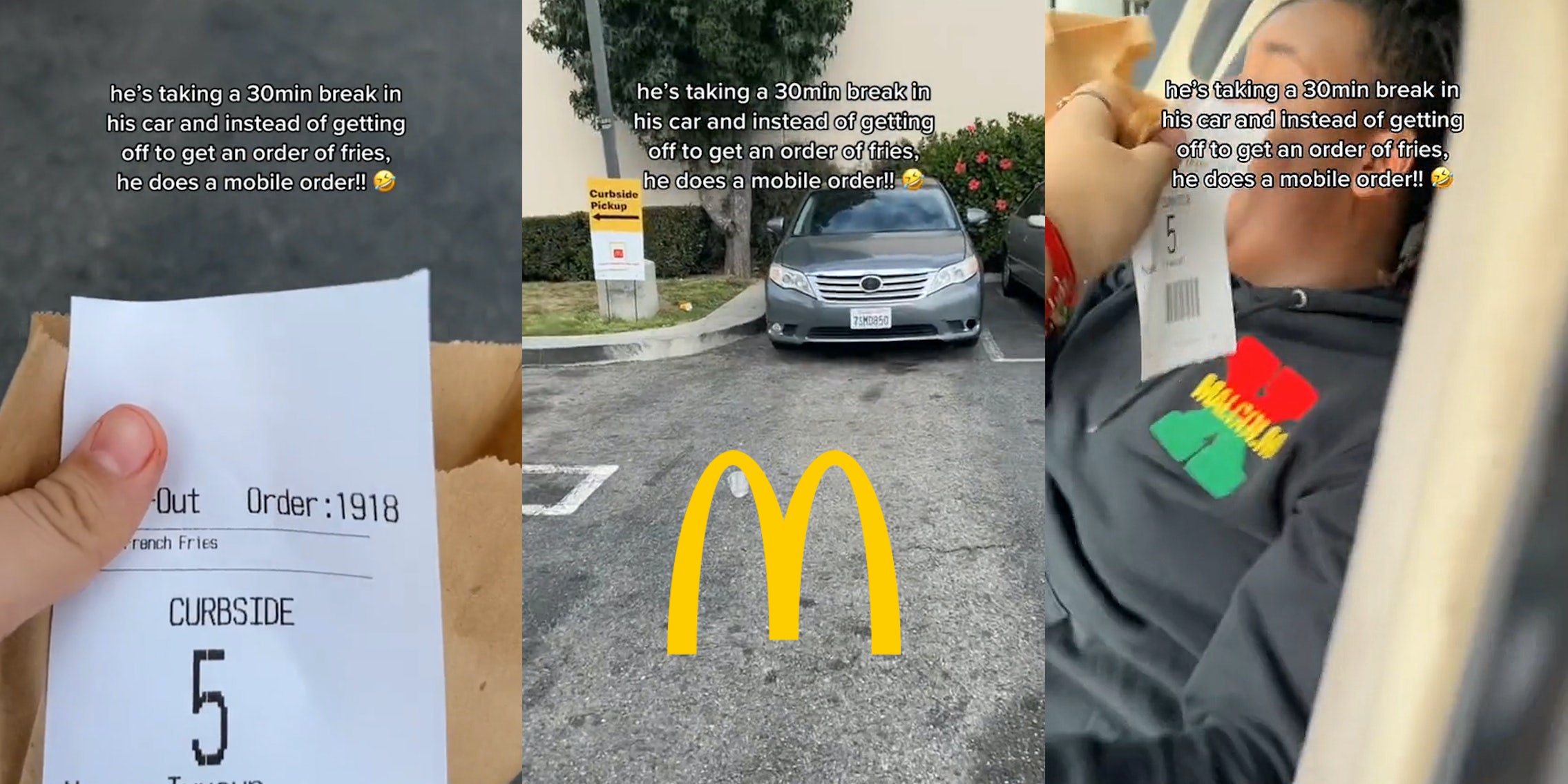 ‘Tell me you’re lazy without telling me you’re lazy’: McDonald’s worker places curbside mobile order to be delivered to their car on lunch break

'Instead of getting off to get an order of fries, he does a mobile order!!'

A McDonald’s employee went viral on TikTok after revealing how her co-worker got the most relaxation out of their lunch break—by placing a curbside mobile order and having her deliver it to his car.

“Tell me your lazy without telling me your lazy,” user Angela Reyes (@angela.danii) tells her 26,000 followers, as she walks out to her co-worker’s car.

Reyes shows the bag she’s carrying, a curbside order with her co-worker’s name, Tywuan, listed on it. She approaches a silver car, calls out his name, and starts hitting the window with the bag. Tywuan rolls down his window, and she shoves the bag in his face, laughing.

“He’s taking a 30 min break in his car and instead of getting off to get an order of fries, he does a mobile order!!” Reyes explained in the video’s text overlay.

The video has racked up over 275,000 views as of Friday, where many viewers suggested that Tywuan may have ordered through the mobile app to get a deal.

“but the mobile deals curbside pickup is irresistible,” one viewer commented.

“He tryna get them mobile app deals,” a second echoed.

“He just tryna get the point bruh,” a third agreed.

However, someone pointed out a flaw in the worker’s method: he wouldn’t be able to use his employee discount. “Doesn’t that mean he paid for it himself then since it was a mobile order no manager discount lmao?” the viewer asked.

Reyes responded to the comment, writing, “Yea he paid it himself, that’s what got me upset too like he could of put it as his crew meal.”

Others joked that Tywuan placed a mobile order just to mess with his co-workers.

“He just wanted to see you,” one said.

“He knows he wanted you to bring it to him,” a second concurred.

The Daily Dot reached out to Reyes via TikTok comment.