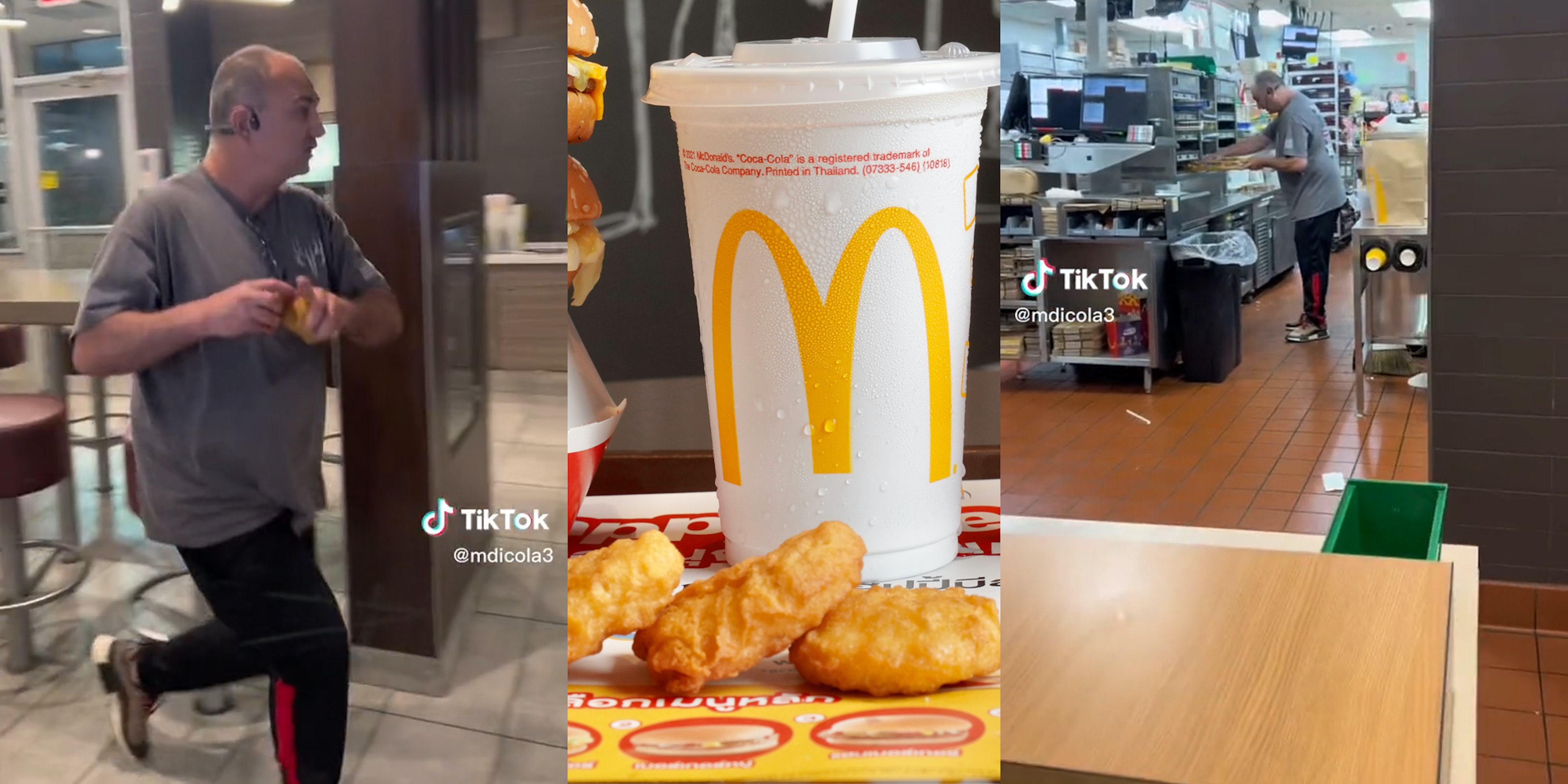 ‘I got my 20 nuggets. I’m sorry, I’m tired of waiting’: McDonald’s customer goes to back, grabs handful of nuggets himself

'That McManager meant business for about 3 seconds.'

An incident at a McDonald’s location in which a customer went behind the counter to grab his own Chicken McNuggets went viral after being posted to TikTok by user Merari (@mdicola3).

In the video, which currently has over 1.2 million views, a man removes the nuggests from a tray behind the counter while someone in a green shirt appears to call the police.

“There are 20 nuggets! Here we go, I’ll get them myself,” the man says, removing nuggets from the tray. He then walks away with a handful of nuggets, proclaiming, “I got my 20 nuggets. I’m sorry, I’m tired of waiting.”

After the man takes the nuggets, he walks into the adjoining store. The McDonald’s employee in the green shirt continues his conversation with police, which appears to provoke the nugget taker.

While the employee continues his conversation with the police, the man throws nuggets at him. He then proceeds to leave the store.

In the comments section, many remarked upon the absurdity of the video.

“You literally captured the most epic moment that no one would believe unless they saw it them self,” wrote a commenter. “I haven’t laughed this hard in years!!!”

“I think the best part of this video is his shirt. ‘These colors don’t run..they reload’ as he chases the employee and throws nuggets at him,” observed another.

“The manager’s angry walk is sending me. I know this is illegal and inappropriate and not okay, but he is sending me,” added a third.

Others stated they’ve previously felt the same way, with some saying that they’ve been tempted to do something similar in the past.

“I mean I’d feel the same. Why WOULD it take forever for 20 McNuggets?” asked a user.

“Hey now, I’ve wanted to do this myself…only I would’ve just left,” shared a second.

“This would be me if I let me intrusive thoughts win,” exclaimed an additional TikToker.

The Daily Dot reached out to Merari via Instagram direct message and McDonald’s via email.