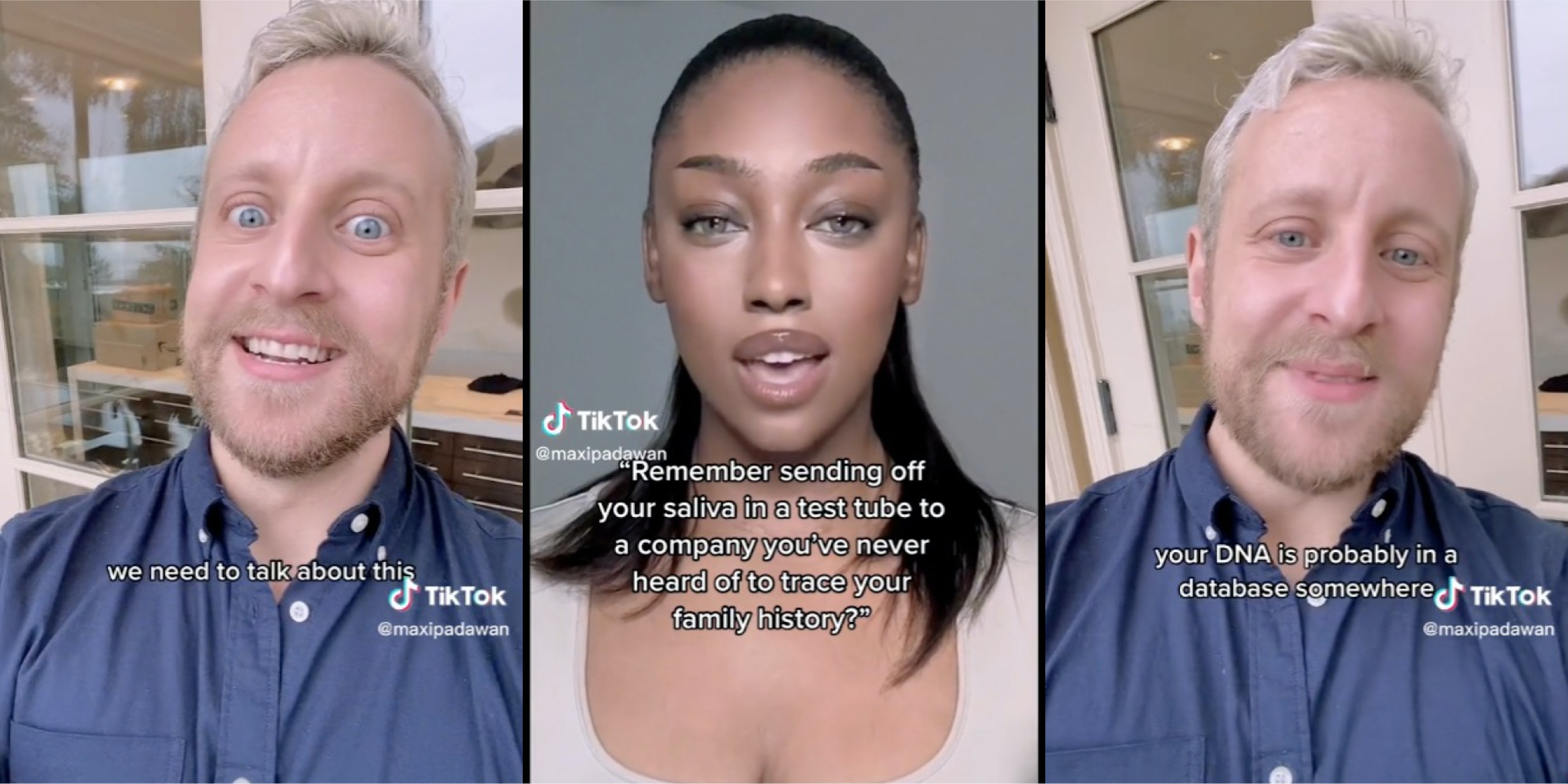 ‘Read the fine print before you spit’: Man warns against sending DNA samples to DNA testing companies like Ancestry.com

'Whether or not you like it, your DNA is probably in a database somewhere.'

DNA testing is a common occurrence in this day and age. With advanced technology, people can trace their ancestry and family tree. However, what happens if one doesn’t use a DNA testing company yet their family tree is still traced? A man went viral on TikTok after warning his followers about sending their DNA to random DNA testing companies.

The video features user Max Masin (@maxipadawan) as he stitches a video from @danisha.carter.

“Remember sending off your saliva in a test tube to a company you’ve never heard of to trace your family history?” @danisha.carter asks. This prompts Masin to reply to the stitch about his own experience with DNA companies.

He starts off by stating how he was “pursuing acting for eight years” in Los Angeles and that five years ago, he landed a gig to do a demo for a DNA celebrity game show where you guess which contestant is related to the celebrity.

Despite Courteney Cox and David Arquette being the celebrity guests, Masin immediately assumed the show was fake because he never sent in his DNA. Then, he says he was “singled out” in front of everyone during the rule explanation.

“We have all of your DNA. Max, we just have all of your immediate family’s test,” Masin claims the executive said. This meant the show had his mother’s, father’s, and sister’s DNA. Moral of the story? “Your DNA is probably in a database somewhere,” Masin concludes.

During an interview with The Daily Dot, Masin shared how the DNA company that did this was Ancestry.com and explained why he didn’t participate in the sampling.

“I never ended up doing mine – I’d like to claim because I was worried about the consequences- but the honest answer is that it felt like homework and I’ve always been bad at that,” Masin wrote via email. “My parents voluntarily sent in their samples- the advertising at the time was very enticing to them- so after they did their tests, they sent a kit to my sister and I to complete.”

This event has deterred Masin from participating in DNA sampling overall.

“Since then I’ve been pretty averse to sending in DNA to companies like that – not necessarily because of the risks, but it just seems unnecessary since my whole immediate family and a lot of my extended family have sent in theirs,” he said.

In addition, Masin added how the show never had a name, only the channel it would air on.

“I don’t think they had a name for the show yet- but they were pitching it to NBCUniversal I’m assuming- considering it was on their premises,” he explained.

The video amassed 2 million views since it was posted on Wednesday, resonating with viewers as they shared their fears of DNA tests.

“This is horrifying,” one viewer expressed.

“That’s why I was furious when my dad did 23andme. that’s my generic information too!!” a second commented.

“I find it infuriating to know that even if I don’t do it, I can’t stop a company from having my DNA because a family member did,” a third agreed.

Some even stated the dangers of DNA testing.

“But they can sell your info to insurance companies and if you have some risks in your dna it could raise the price of insurance,” one wrote.

On the other hand, others could care less about companies having their DNA for a variety of reasons.

“Ancestry is how I found my dad so they could be cloning me n I would not care,” one person said.

“So true. That’s how they found the golden state killer! I think it’s something like over 99% of the population can now be identified with these sites,” a second stated.

“It’s like how it doesn’t matter if you don’t allow apps to access your contacts. If someone you know does, they still have your info,” a third wrote.