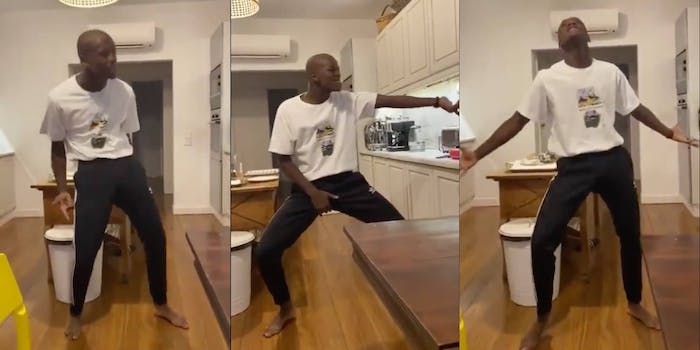 Her son danced to Michael Jackson's controversial song 'They Don't Care About Us.'

Madonna is getting mocked with memes after posting a video Thursday of her son dancing to Michael Jackson’s “They Don’t Care About Us” to pay tribute to George Floyd, CNN reports.

She wrote in the Twitter caption that the video of her son, David Banda, was meant to “honor and pay tribute to George and His Family and all Acts of Racism and Discrimination that happen on a daily basis in America.”

This post came during a time of outrage and protests regarding the death of George Floyd, who died when a police officer knelt on his neck after handcuffing him. Floyd repeatedly said, “I can’t breathe.”

The video was met with criticism from people who told Madonna to read the room.

Dan Ozzi, a music critic, quipped, “Madonna I have some bad news about Michael jackson are you sitting down.”

Jackson was accused of anti-Semitism over the lyrics of the song, which was initially released in 1995. Jackson later issued an apology saying the song was meant to oppose prejudice. The singer also rerecorded the song with different lyrics.

“I can’t believe Madonna made her son pop lock for racism,” another Twitter user wrote.

“Twitter is such a vicious world,” one user wrote. “He’s a kid.” Another said it was an “a moving and empowering video.”

Madonna’s team did not immediately respond to the Daily Dot’s request for comment.