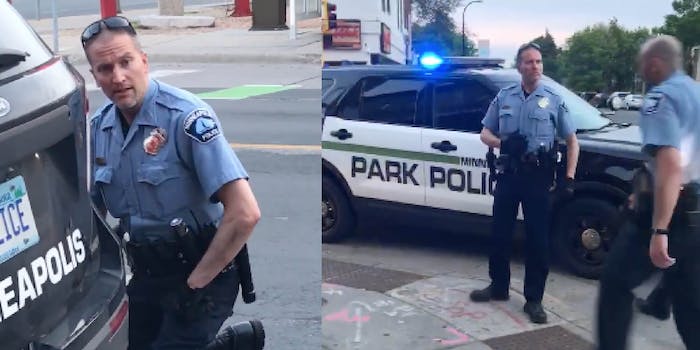 She said people are bashing her for not doing more and accusing her of only posting the video for 'clout.'

The teen who recorded the video of George Floyd’s death is upset over online comments from strangers telling her she should’ve done more to stop the officer who knelt on Floyd’s neck, suffocating him.

Seventeen-year-old Darnella Frazier told TMZ that some have been accusing the teen of posting the video for “clout.”

In a Facebook post, she pleaded the public to recognize that she is only a minor and was deathly afraid at the time of the incident, which has now sparked nationwide outrage.

“I’m doing it for clout ?? For attention?? What ?? To get paid ?? Now y’all just sound dumb and ignorant!! I don’t expect anyone who wasn’t placed in my position to understand why and how I feel the way that I do,” she wrote.

She went on to say that she was scared and wasn’t “about to fight off a cop.”

In response to the passionate post, support poured in, with many championing the teen’s heroic efforts.

“Thank you so much for capturing that video Queen. Ignore all the negative feedback. You’re a true hero,” wrote one person.

In addition to sending praise and support, one response even encouraged the teen to spend time away from social media and “seek therapy” to assist her coping with the traumatic experience.

“Young lady you are a brave soul and personally I am very proud of you. There was nothing else you could of done, this video will save lives! Never second guess yourself,” they wrote.

The Daily Dot has reached out to Darnella Frazier.