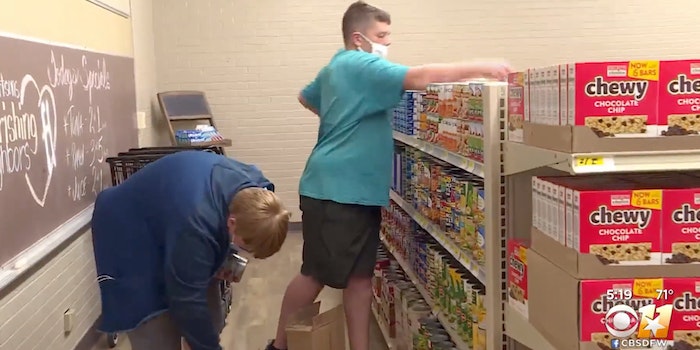 Proponents hope the program is replicated in other small towns.

A Texas high school has come up with a creative way to help its students from “economically disadvantaged” families put food on the table—but not everyone is thrilled with the message it’s sending.