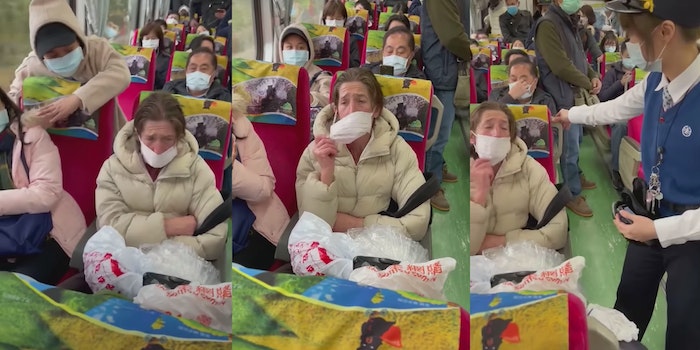 She put it on backward.

A viral video shows a woman in Taiwan now dubbed a “Karen” upsetting fellow passengers after apparently failing to wear a mask properly on a train.