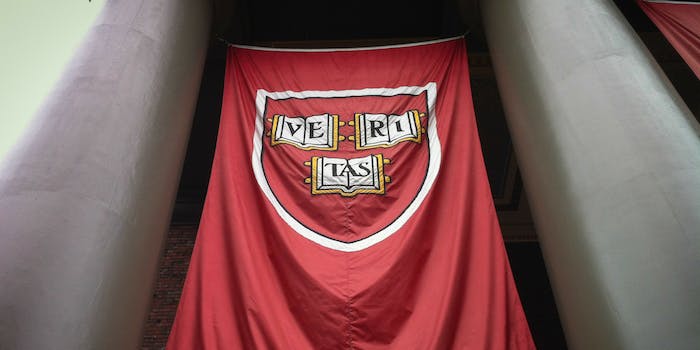 A project spokesperson said it's looking into a complaint from Asian-Americans.

The Justice Department insists its new project on affirmative action isn’t going after “intentional race-based discrimination” related to white candidates rejected by university admissions. Instead, it announced it’s in the process of recruiting lawyers “to investigate one admissions complaint” filed on behalf of Asian-American students alleging racial discrimination.

According to a previous report from the Times, the document had solicited lawyers from the Civil Rights Division who would be interested in work regarding “investigations and possible litigation related to intentional race-based discrimination in college and university admissions.” Flores, however, said the department hadn’t received or issued any “directive, memorandum, initiative or policy related to university admissions in general.”

While the department initially declined to comment on the document on Tuesday evening, news that the department was looking to reallocate resources toward affirmative action investigations raised red flags. Many critics on social media expressed disinterest in the department’s actions, as they were believed to be planned in the interest of white college and university candidates who felt they had been discriminated against because of affirmative action policies.

Despite this clarification, however, some current and former Civil Rights Division employees expressed skepticism to the Times, as the initial call for lawyers mentioned “investigations,” plural, not singular as Flores stated.

The target of the department’s solicitation also raises suspicions, as the document was filed with the Civil Rights Division, which employs President Donald Trump’s political appointees, instead of the Educational Opportunities Section that employs career civil servants trained in resolving these types of higher education complaints.

The Times reports Flores’ statement appears to refer to a complaint filed by 64 Asian-American groups in May 2015 that “alleges racial discrimination against Asian-Americans in a university’s admission policy and practices,” and may be the ongoing lawsuit filed against Harvard University by the Asian American Coalition.

The battle against Harvard’s affirmative action practices is being led in part by the Project on Fair Representation, an organization helmed by activist Edward Blum for the non-discrimination of white people, and as of 2014, Asian-Americans. The Project on Fair Representation also advocated for Abigail Fisher during Fisher v. University of Texas, for which the Supreme Court upheld its previous ruling that certain affirmative action policies were permissible in order to secure student body diversity that would be unachievable otherwise.