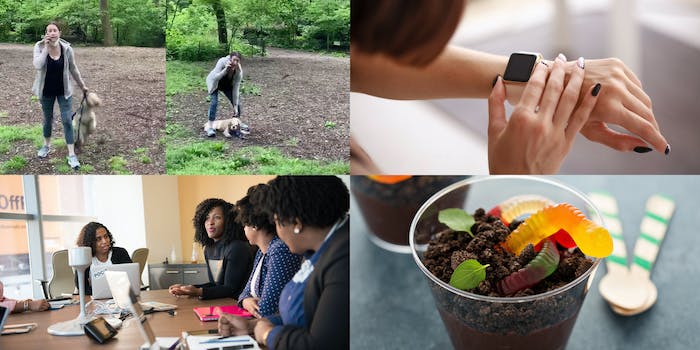 Plus: Why it matters if your Apple Watch tracks sex.

More than 14 million Americans have already cast their ballot, and even though there’s no presidential debate this week, there’s sure to be more chaos to come. In other news, today:

Amy Cooper made a second phone call to 911 and falsely claimed that bird watcher Christian Cooper assaulted her, according to a prosecutor’s statement on Wednesday, the New York Times first reported.

A video that went mega-viral in May showed Amy Cooper on the phone with 911 and yelling that an “African American man” was threatening her. The video has been viewed almost 45 million times.

We’re less than a month away from one of the most electrically charged elections in decades. When you cast your vote, there are many ways to do so while still protecting your health and that of those around you. Read more here.

Apple Watch tracks calories burned during sex. What does that mean for your privacy?

Apple Watch Activity data may be collected and stored without the user fully cognizant of what’s being tracked and when. This is doubly true for less tech-savvy users, who may unknowingly send their sexual activity off to third-party apps without knowing how and where that information will be used.

A new study finds that women and mothers, in particular, are having a difficult time adapting to a post-coronavirus workplace. Read the full report here.

Maybe it’s the Halloween season. Maybe it’s just my sweet tooth. Whatever the case, I got a hankering for dirt pudding this week. It’s a childish, overly sweet treat—and it’s totally delicious. If you’ve never indulged, it goes like this: Jell-O pudding mix (I prefer vanilla), crushed Oreos (or your chocolate cookie of choice), and gummy worms (I like Haribo gummy snakes). You could definitely use finer ingredients for an “adult” version, or you could swap in pumpkin candies for a seasonal take. No matter which way you spin it, it tastes like childhood.

“life is precisely the postponement of death”

Now playing:  Tank and the Bangas — “Self Care”