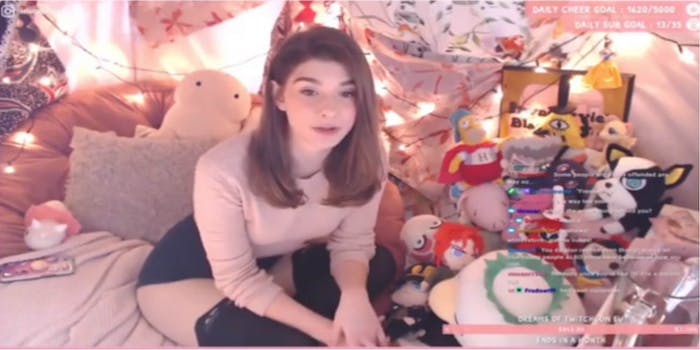 'If you don’t have $10, you probably don’t have time to watch Twitch, because you should be working.'

Twitch streamer InvaderVie shamed viewers for not financially supporting her channel amid the global pandemic and is now being roasted for it online.

On an April 14 stream, InvaderVie targeted unsubscribed viewers for not committing to the $10 contribution for her content.

As the pandemic is driving up unemployment rates worldwide by forcing everyone inside, many fans were rubbed the wrong way and called her argument tone-deaf and insensitive.

“If you start complaining on twitch about not having enough subs then maybe you should be more responsible and get a real job instead of flaming your viewers,” snarked one user.

Users drove home the point that the pandemic is leaving many out of work.

“Friendly reminder that there is a pandemic and people are forced into their homes not out of choice. Take that into consideration before you spout bullshit about people being able to afford a sub,” stated @Raikohz.

Subscribers and potiential subs even threatened to drop or not activate new subscriptions.

“I can’t wait till my sub expires off your channel I should of never even subbed to you in the first place what a shame,” shared one ex-fan.