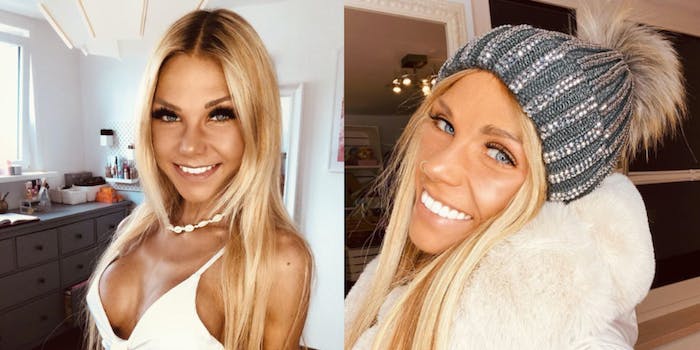 Several days before her death, Josi Maria said on Instagram: 'I don’t want to be one of ten people who die of anorexia.'

Josi Maria, a German Instagram model who shared her struggle with anorexia, died at 24.

According to DE24 News, Maria flew to Gran Canaria for a vacation but died of heart failure shortly after the flight. Her parents posted on Instagram about her death, which occurred earlier in December.

Maria’s mother wrote that her daughter died in a friend’s arms, falling asleep and never waking up.

Several days before her death, Maria told fans on Instagram: “I don’t want to be one of ten people who die of anorexia,” the Sun reports.

DE24 News reports Maria developed circulatory problems during her flight and had poor health due to her eating disorder. Maria previously detailed her experiences with anorexia and spoke about it frequently in the final years of her life.

Vanja Resova, a friend traveling with Maria, told a German tabloid that at the time of their flight, Maria had only drank two coffees but “hadn’t eaten for two days.” Resova said she encouraged Maria to eat, but Maria chose instead to lie down. Shortly after midnight, Resova noticed that Maria was no longer breathing.

In an Instagram tribute, Resova called Maria “an angel on earth.”

In a comment on one of Maria’s last posts, her mother wrote: “The day before I held you dear Josi in my arms, we went shopping and you are looking forward to Christmas and your vacation. The following night you fell asleep peacefully in your girlfriend’s arms on Gran Canaria. Your little heart just stopped beating.”