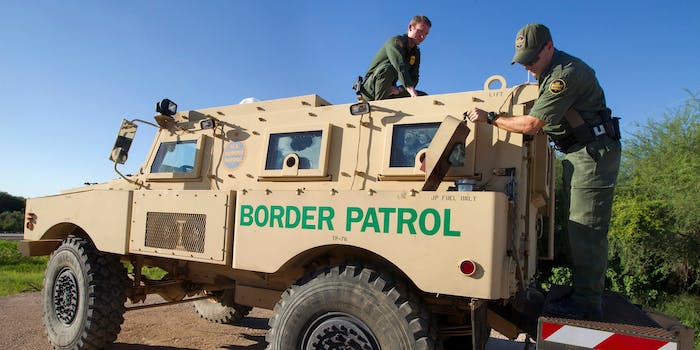 360 people have been arrested by ICE in matter of days

U.S. Immigration and Customs Enforcement (ICE) arrested 89 people at the end of a three-day operation targeting communities across Texas and Oklahoma, according to preliminary data from the immigration agency. ICE also arrested 271 people across Florida, Puerto Rico, and the U.S. Virgin Islands in a five-day operation.

The Texas and Oklahoma arrests, concluding on Thursday, included 88 men and one woman—67 of those arrested had criminal convictions and all ranged in age from 19 to 60. Of the 89 people, 23 had re-entered the U.S. after being deported and were nationals from 10 countries including Mexico, Guatemala, Honduras, Pakistan, and Vietnam.

18 of these arrests were made in Oklahoma, while more than two dozen spanned the North Texas area, including Dallas, Fort Worth, and Denton.

Of the 271 arrested in Florida, Puerto Rico, and the Virgin Islands, 99 had felony convictions. 49 of those arrested were ICE fugitives and had previously been deported from the U.S., along with 39 other people who were arrested.

A majority of the arrests took place in Florida, with 11 in Puerto Rico and seven in the U.S. Virgin Islands. Those arrested are nationals from 36 counties, a majority of them in South America, Asia, Europe, and the Middle East.

Based off this preliminary data, less than half of the 360 people arrested have criminal convictions, though ICE disclosed that official numbers can “vary slightly.”