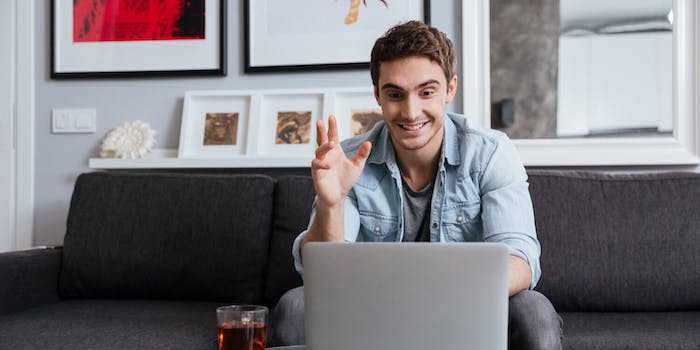 Hinge launches ‘Date from Home’ feature for matches in self-isolation

Dating app Hinge on Tuesday launched a new “Date from Home” feature that allows users to conduct dates over video or phone calls while adhering to self-isolation measures.

In a press release Tuesday, Tim MacGougan, chief product officer of Hinge, said the feature is an “easy way for users to continue their dating lives.”

“While we may need to be physically distant right now, we can still be socially connected,”  MacGougan said.

As matches message each other, Hinge will ask each of them if they are ready for a video or phone call with their match. Neither individual is notified of the other’s choice, but once both individuals choose “yes,” the matches are notified.

In a recent Hinge study, Hinge reported that about one-third of their users said turning conversations into actual face-to-face meetings was where they felt least confident, and many conversations died before they were able to set up a date.

Hinge also reported that 70% of members indicated that they would be open to a virtual date and that “Date from Home” is “designed to combat this widely-felt apprehension.”

In a pop-up message on the app, Hinge urged its users to stay safe and keep connected by dating at home.

On March 24, Hinge tweeted that users could change their distance settings on the app, tweeting “pandemic dating knows no bounds.”

Hinge user Jason Moussab told the Daily Dot that he enjoys “navigating the dating app through these tough times.”

“I get social anxiety when thinking about dating,” Moussab wrote in a Twitter message. “So seeing someone in the comforts of my own room helps ease the tension.”

Moussab has not gone on a virtual date yet, but he hopes the feature will still be available after self-isolation measures are lifted.

“We have offered video chat features in the past and seen low usage,” Dubey wrote. “But we think this time user behavior is likely to change more permanently.”

Hinge users on Twitter say their experiences on the app during quarantine have ranged from “sweet” to “hellscape.”