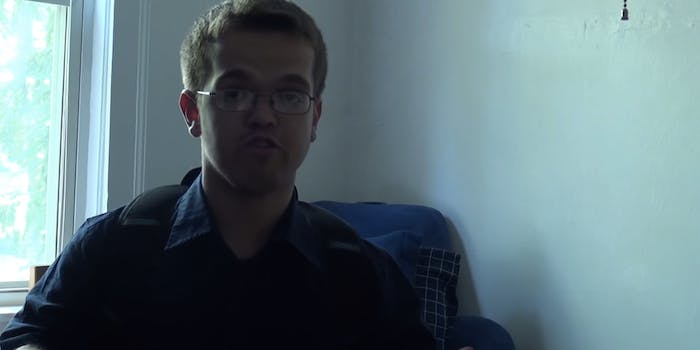 What Jonathan Novick puts up with is more than most could bear.

Jonathan Novick, a 22-year-old man with a common form of dwarfism, says he didn’t suffer much discrimination growing up in a small community. But last year, he moved to New York—a supposedly inclusive city where anyone can feel at home—and found himself the subject of far more insulting comments and stares than ever before.

Rather than try to explain how one ought to treat a fellow human being, no matter their stature, Novick endeavored to give us “Don’t Look Down on Me,” a covert glimpse into his daily routine. You’ll be tempted to make excuses for gawking children, though the catcalls from supposed adults (and their tendency to snap sneaky photos) will have you fuming with rage.

We’re hoping that Novick’s message finds the people who desperately need to hear it. With any luck, those caught on film here will come to see the grotesquerie of their actions.