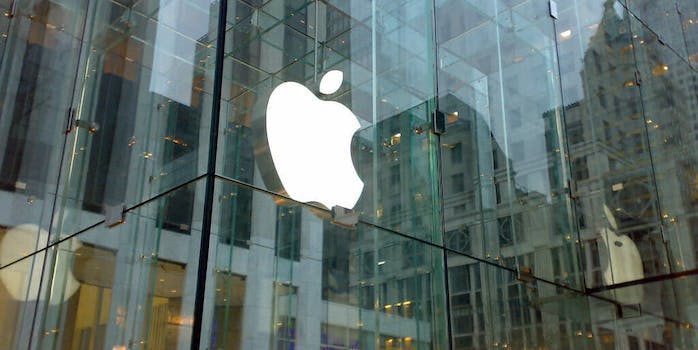 Following a petition by Truth Wins Out, Apple deleted the app by Living Hope Ministries that 'discipline[s] young adults.'

Apple has removed an app from its App Store following a petition claiming that the app was promoting gay conversion therapy and described being gay as “addiction,” “sickness,” and “sin.” The app was still available on Google Play and Amazon as of Sunday afternoon.

Truth Wins Out, a non-profit that works to dismantle anti-gay prejudice, launched a petition last week calling for Apple to remove the app from its store. Apple took it down soon thereafter.

The app, created by Living Hope Ministries, had a description reading, “We disciple young adults who are actively seeking Christian support as they pursue Christ and Hisdesign for sexuality,” according to a screenshot from the petition.

“The Apple Store is now peddling an outrageously offensive ‘ex-gay’ app that targets ‘Youth and Young Adults’ to change from gay-to-straight through prayer and therapy,” reads the petition. It garnered more than 350 signatures before Apple removed the app.

According to NBC, Living Hope Ministries developed the app three years ago, but it’s unclear how long it remained in the app store. The organization’s executive director Ricky Chelette told NBC that Living Hope Ministries “love[s] gay-identified individuals” and he himself was attracted to men before an experience with Christ transformed him.

He said was surprised Apple removed the app and will challenge this decision.

On Friday, Truth Wins Out thanked Apple for removing the app and called on Amazon and Google Play to remove it from their platforms as well. Both platforms have some positive reviews about the app but in the last two days have received criticism for hosting it.

On Sunday, Truth Wins Out slammed Living Hope Ministries for its statement to the media denying its anti-gay rhetoric and pointed out homophobic content on its website.

The website says Living Hope Ministries provides support groups for those “who struggle with SSA,” or same-sex attraction.

The website insinuates homosexuality is something that requires “restoration and healing,” and shares feel-good, positive sounding experiences of people who believe they have transitioned out of homosexuality.

“My name is Nick and I used to believe that I was a gay Christian, and now I’ve embraced the truth that my identity lies with Christ and that is who I am,” says one follower of Living Hope Ministries, sharing his story of coming out as a teenager. He says he eventually “opened up” a door to “redirect” his life to “dedicate it to Christ.”