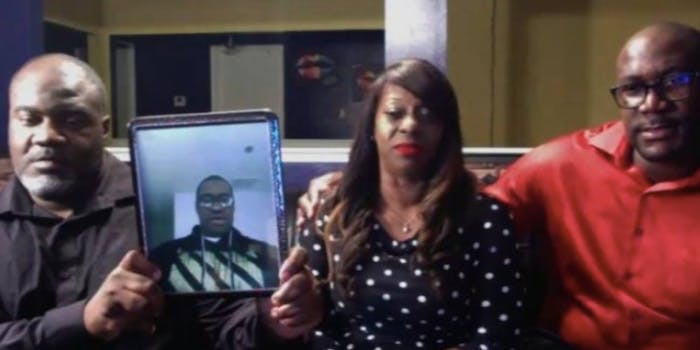 'From the bottom of our hearts my family thanks each of you.'

The GoFundMe for George Floyd set a new record for the crowdfunding website.

TMZ first reported on Friday that the official Floyd memorial set the record for the most individual donations to a fundraiser. It now has almost 500,000 donations, amounting to about $13 million.

“From the bottom of our hearts my family thanks each of you who have reached out,” Philonise Floyd, the brother of George Floyd, wrote on the GoFundMe page. “Please know that we love and appreciate each and every one of you. Our hearts are overwhelmed!”

The GoFundMe was set up to help cover funeral and burial expenses, mental health and grief counseling, and travel and lodging during the court proceedings. In addition, part of the money will go toward George Floyd’s children.

The GoFundMe was set up on May 25, a couple of days after a white police officer killed Floyd after kneeling on his neck for nearly nine minutes. A video of Floyd’s death went viral on social media.

“My family and I watched in absolute horror as the now infamous and horrifying video began to spread quickly throughout social media,” Philonise Floyd wrote. “As some officers knelt on his neck, other officers participated and watched; no one took any action to save my brother’s life.  Those officers would continue to brutalize my brother until he died.”

The video has elicited worldwide outrage and several days of protests throughout the United States. It’s also inspired protests against police brutality in other countries, like Mexico, Britain, and New Zealand.

The video has also prompted an enormous amount of fundraising––to the GoFundMe page, the Minnesota Freedom Fund, protest fundraisers, and more.

Despite the GoFundMe for Floyd having the most individual donations in the company’s history, it hasn’t yet hit the record for the most money raised. TMZ reports that the title for that goes to a fundraiser created for a U.S.-Mexico border wall, which raised $25 million.