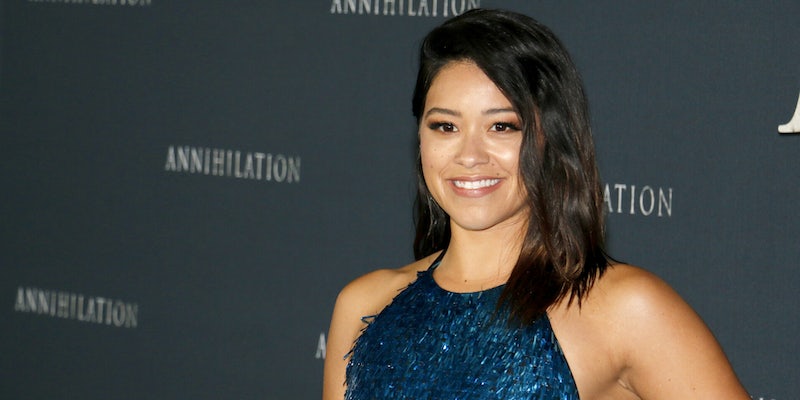 The controversy around Jeanine Cummins’ American Dirt is bubbling online.

As controversy continues to build, several high-profile celebs are on the receiving end of criticism for promoting the book. Gina Rodriguez, no stranger to controversy, is one such celebrity. After promoting the book on her Instagram, the Jane the Virgin actress is getting slammed by critics.

American Dirt follows a mother and son on their journey from Mexico to America as they flee the violence of the cartel. Their journey through the desert was intended, according to Cummins, to humanize “the faceless brown mass” that she believes many people view immigrants as.

Rodriguez has been embroiled in scandals on and off for years now. In October 2019, she was forced to apologize for publicly posting herself saying the N-word. Just over a year earlier, she was slammed for yet another apparently anti-Black comment. Her interpretation of the wage gap when it comes to women of color also came under fire in late 2018.

Critics quickly pounced on the 35-year-old actress after she posted about American Dirt on her Instagram. “Here’s my latest read,” Rodriguez wrote. “Hope it’s yours too.”

Fans of the actress, along with her detractors, wasted no time in slamming the move. “Gina Rodriguez promoting the dirt book,” one Twitter user wrote. “Mama did NOT research.”

Gina Rodriguez promoting the dirt book… mama did NOT research

The sentiment was shared by people all over social media. “The amount of clown shit Gina Rodriguez does so consistently is almost hilarious,” another user wrote.

Lmaoooooooooooooooo siri what's the opposite of a plot twist https://t.co/AElz8jwlp9

A number of immigrants and Latinx writers have dragged the book—and particularly its author—for telling a story that doesn’t connect with the lives it is supposedly based around. “I am an immigrant. My family fled El Salvador with death pounding on our door,” Los Angeles Times writer Esmeralda Bermudez wrote on Twitter. “The terror, the loss, the injustice of this experience shaped everything about me. I see no part of myself reflected in #AmericanDirt, a book white critics are hailing as the great immigrant novel.”

I could say more, but other Latino writers have already said it better: @lesbrains https://t.co/f3E4V5g5AV

I will not pay for reading American Dirt, but I would do it for reading more a-kicking reviews like this one by @lesbrains https://t.co/9sBTY76J8s

Rodriguez has yet to respond to her critics.