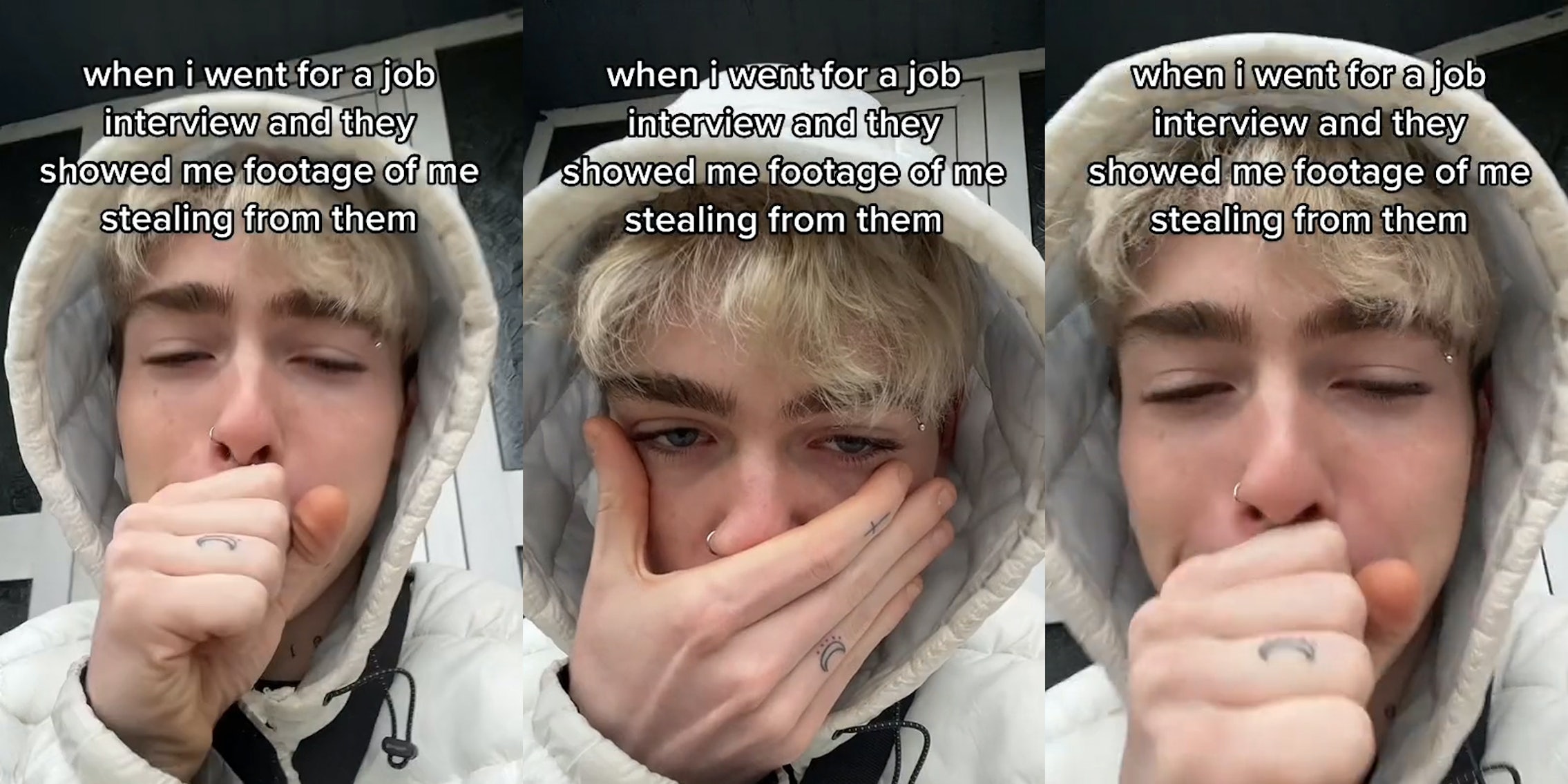 ‘If they did this to me i would simply die’: Job applicant says company showed footage of him stealing during interview

Job interviews can be stressful. Prospective employees can prepare to answer questions about previous experience and what they can deliver to the role, but there’s always a chance that an employer will throw a curveball that can catch the applicant completely off guard.

One of those curveballs, as TikTok user Kian (@kieyin) recently shared, is footage of the applicant stealing from the very store they’re applying to. The TikToker’s video about the incident received over 324,000 views since being posted on Nov. 29.

In the video, Kian makes shocked expressions with his hand over his mouth. “When i went for a job interview and they showed me footage of me stealing from them,” he writes in the video’s text overlay. Kian adds in the caption that he did not get the job.

This video inspired a response from TikTok user @user73829444729, who claimed that something similar happened to him. His stitch has over 659,000 views.

In the video, @user73829444729 says he applied for a sales associate role several years ago and was hired. However, during the orientation class, he was escorted out by a manager and a security guard.

They proceeded to show him “this security camera footage of me and my friend from 2 different days allegedly doing some sort of credit cards fraud…They wanted me to admit to it, and they were threatening to call the cops,” he says.

In response, @user73829444729 denied that it was him in the security footage, though he implies in his TikTok that it was, in fact, him. He was then fired.

Commenters under both videos shared their thoughts on the issue, with many saying they were likely not allowed to apply to certain stores for this very reason.

“Not gonna be able to work retail chains,” a second shared.

“I can’t ever work at the publix near my house bc of my shoplifting era,” a third claimed.

Other users shared how they would react if something similar happened to them.

“If they did this to me i would simply die the second i recognize myself on the footage,” one commenter wrote.

“Just tell them to take it out of the first paycheck,” a second joked.

Kian provided further details on the situation in an Instagram direct message exchange with Daily Dot.

“I just kind of laughed and asked if they brought me there to show me that, and they told me originally no, but one of the workers recognised me when I came in for the interview,” he recounted.

He also noted that the business was a multinational corporation, not a local or family-owned business.

In the interview, Kian says he was questioned about the alleged theft, but nothing more.

“They asked why I done it, which I didn’t answer, and they told me I’m not welcome in the establishment anymore,” he said. “I haven’t been there since and nothing has happened.”