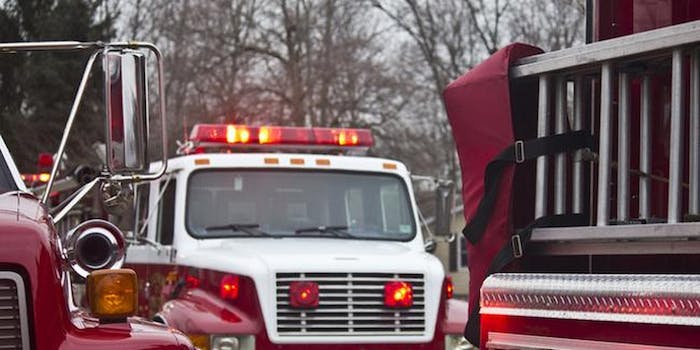 The viral phenomenon of Frozen’s “Let It Go” has now crossed over from pop culture parody to a real lifesaver.

Last Wednesday, firefighters in Reading, Mass., responded to a mother and two kids trapped in an elevator. Kristin Kerr, her 4-year-old daughter Kaelyn, and infant son Jackson were on their way to a hair salon when they became trapped in a small four-by-four shaft. The elevator wasn’t fully enclosed, and when firefighters showed up on the scene, they realized they had to drop a ladder into the elevator so the Kerrs could climb out, but Kaelyn was terrified.

Luckily, two of the firefighters are also dads. John Keough, a father of three, started talking about Frozen with her, then partner Scott Myette pulled out his phone, found “Let It Go,” and started singing. The three were eventually pulled to safety.

“I don’t like to admit to it, but it’s just kind of stuck in your head,” Myette said. “It’s a catchy tune.”