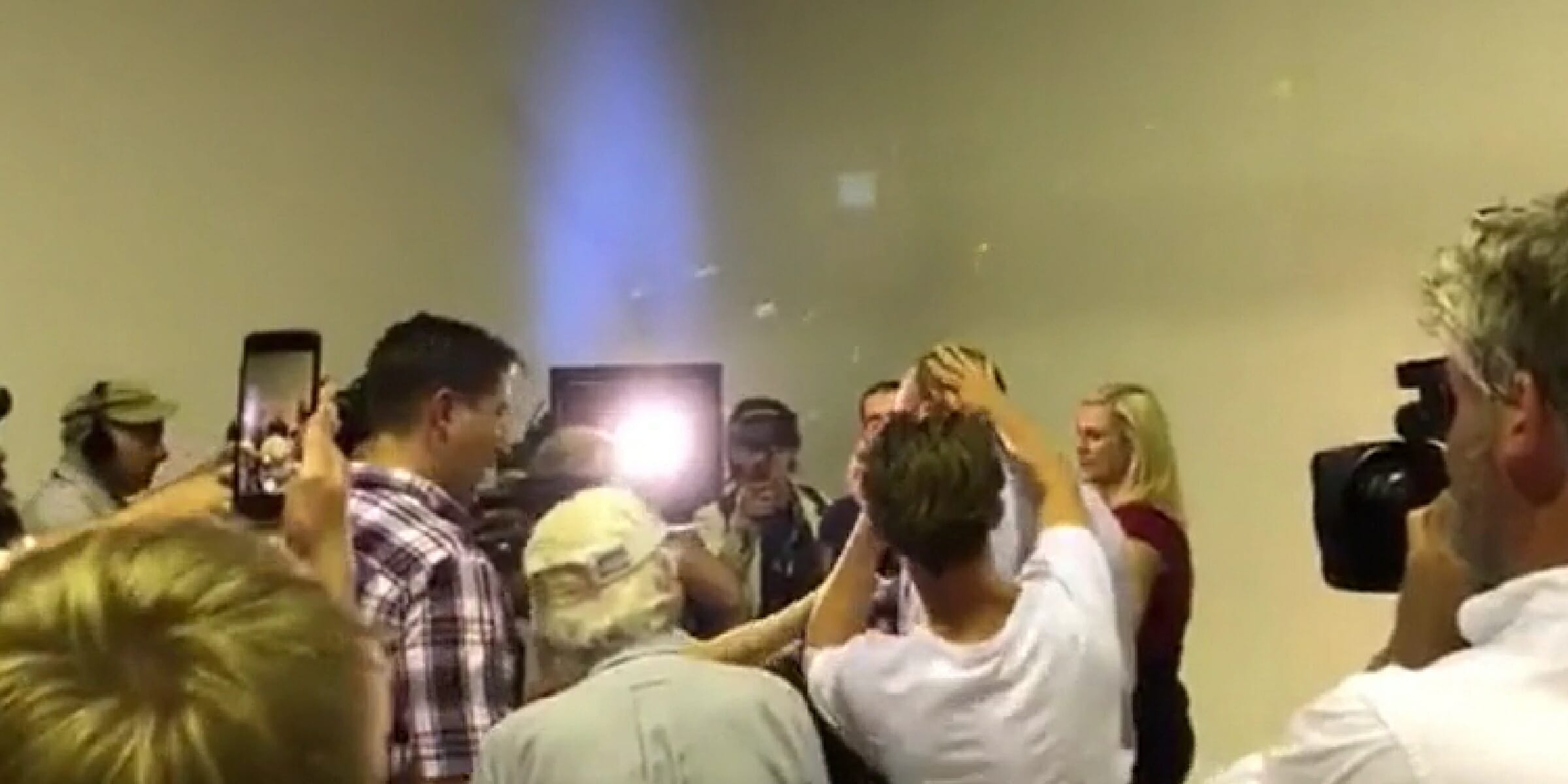 If you’ve spent the past 48 hours on social media, then chances are you’ve heard of “Egg Boy.” Will Connolly, 17, became a worldwide hero after he egged Australian Sen. Fraser Anning, a far-right politician who blamed the Christchurch mosque shootings on the Muslim community. But Connolly’s heroism doesn’t end with dropping an egg on a racist. He plans to donate the majority of his GoFundMe campaign to the terrorist attack’s victims.

The “Money for EggBoi” fundraiser was originally created by an anonymous user named “Egg Boi” to raise money for Connolly’s legal fees—and so he could purchase “more eggs.” One post from the site confirms that Connolly is in contact with the campaign over Facebook Messenger, where he wrote that he “[supports] the go fund me page.” He also asked Egg Boi to “put money raised for Christchurch as well on the page.”

“[Connolly] plans to send a majority of the money to the victims of the Christchurch terrorist attack. I will keep you all updated over the next few days,” an addendum to the campaign reads. “THANKS FOR ALL YOUR HELP AND DONATIONS—PLEASE KEEP THEM COMING.”

The GoFundMe’s original $50,000 goal was chosen to honor the 50 victims who died during the Christchurch mosque shootings. On Monday morning, the GoFundMe surpassed its goal.

Donors also shared their support for Connolly, praising his viral egging. “I donated because this kid had balls to stand against an actual nazi. Good on him!” one user wrote. “What a brave young person to be able to tackle a rancid racist senator,” another wrote. “The senator needs to be prosecuted for assault against eggboi.”

Get that kid more eggs! Hahahahttps://t.co/ErERr16bko

Egg boy to give away money raised for him to families of New Zealand attack. He's a good egg.
https://t.co/IrUQmU6z7w

The Daily Dot reached out to the GoFundMe’s organizer for comment.