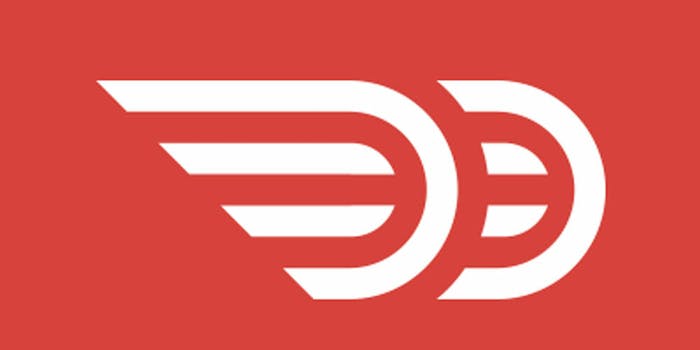 It’s been a busy season for tech companies trying to navigate allegations of sexism, racism, ableism, and more that take place on their platforms, and the latest on the list is a woman who was sexually harassed by a food delivery person from DoorDash following her delivery.

E.M. Ricchini shared the text messages in a Twitter thread on Tuesday, justifiably angry that women now can’t order pizzas in the safety of their own homes without men feeling entitled to encroach:

like honestly. i can’t even eat my FUCKING pizza fries in my own home without some piece of shit man making me feel uncomfortable and unsafe.

Ricchini, a writer and part-time model in Philadelphia, said the incident took place on Tuesday when she reached home late from work and ordered pizza through the DoorDash service.

“I’m a pretty busy person with my hands in a lot of ventures so I often default to ordering delivery after a long day,” she told the Daily Dot via email.

“It was a fairly uneventful delivery,” she said, adding that the food was delivered around 9:30pm and she noticed the text message a bit later. As someone with a large social media following, especially on Instagram, she says she thought it was someone responding to her influencer posts. The Daily Dot is not linking to her social media pages as she’s since made her Instagram private following backlash she received for posting about the incident.

“I figured it was some creep who somehow found my number after finding me on social media, which is why I asked who it was,” she said.

In response to her reply, there was an automated message that told her it was from her DoorDash delivery driver.

“This number cannot be used anymore,” the automated message read. “If your delivery is still in progress, try calling again from the phone number you have registered with DoorDash.”

The text message was crude and infuriating, but Ricchini first and foremost felt fear.

“As soon as I saw that it was my DoorDash driver, I was kind of terrified. How many stories are there of men doing dangerous things after being turned down,” she said. “Plus, he now knows my address and that I clearly live alone.”

Such fears are common among women who, in such situations, don’t have the privilege of feeling angry because of the fear that exists about the backlash that might come from rejection or escalating the situation.

Even though she reached out to DoorDash for help, she said they only sent her automated responses until Jezebel began reporting on it.

“At DoorDash, we take the safety of our community extremely seriously and we do not tolerate any form of harassment or inappropriate behavior. We have reached out to apologize to this customer and we have deactivated the Dasher from our platform,” a DoorDash spookesperson told the Daily Dot via email.

Ricchini says she was shocked at DoorDash’s initial lack of response, though they eventually reached out to her and spoke with her. They’ve offered her their support if she wanted to report it to the police.

When she called the local police’s non-emergency number and made her complaint, she said the officer on the phone chuckled at her.

But her biggest discouragement came from people on social media who called her an “attention whore” and said she overreacted.

“I think the amount of hate that I’ve been getting—being called an ‘attention whore,’ people body and slut-shaming me when they did not even know that I was wearing—has been incredibly disheartening,” she said. “It’s still scary.”

“I get it u feel threatened but let’s be honest are we really loosing [sic] sleep over an aggressive compliment or does the attending of the matter feel better,” wrote user @thatbemeacb.

Other than being terrible at spelling, these users also share the tendency to victim-blame and underestimate how common these problems are and how violated women can feel when they know these perpetrators know their address.

Other women have shared their experience in the thread, a reminder for how prevalent such problems are:

They’re not helpful to employees either. I used to be a dasher. Until I had to deliver to a hotel and a man answered the door naked. I got out of there so fast and reported him. Nothing.

“I’ve been getting so many messages from people who have been through similar situations and I just want to know what’s the recourse going to be for these apps?” Ricchini said. “Who is going to be held accountable? It’s such a mess and only a matter of time before someone gets raped or killed.”

Ricchini has since deleted her apps—Uber, Lyft, Postmates, DoorDash, Caviar, GrubHub and the rest of the “gig” apps, a clear sign that unless the tech giants begin addressing and curating their platforms that prevent such incidents against women, people of color, and persons with disability, they might start losing a lot more than just their reputation.