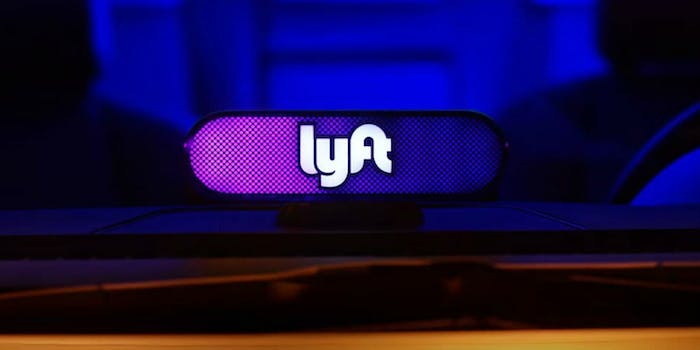 More than 30 million riders used Lyft in North America in 2018.

Lyft, the ride-sharing company that boasts having facilitated more than a billion rides in 2018, is arguing in a lawsuit that it’s “not in the transportation business” to avoid complying with the Americans with Disabilities Act (ADA), Politico reports.

The company made its argument after a woman in Westchester County named Harriet Lowell filed a federal class action lawsuit against the ride-sharing app company for not being able to access transportation that accommodates people with disability.

“In one word this lawsuit’s about equality. It’s about the right of people with disabilities to participate in Lyft,” Lowell’s lawyers argue. “Right now Lyft currently refuses to serve people who need non-foldable wheelchairs or scooters.”

In March, disability advocacy organizations and four people who use wheelchairs in the Bay Area filed a lawsuit against Lyft for the same reasons, claiming that ride-sharing companies drove traditional taxis off the streets, rendering many wheelchair users without options.

Lyft, which reportedly facilitated 600 million rides in 2018 in the Bay Area alone, is billing itself as a “technology company” in response to these complaints. The argument is, at the very least, factually inaccurate for a company that explicitly wrote in its mission statement that it aims to “improve people’s lives with the world’s best transportation,” and that it started its “movement” to “revolutionize transportation.”

The company further claims to have a “singular” focus on transportation. “Transportation is not simply a massive market opportunity, but also an extremely complex problem demanding complete commitment and thoughtful execution,” Lyft’s mission statement reads, according to its filing with the U.S. Securities and Exchanges Commission (SEC). “We are singularly focused on revolutionizing transportation. This enables us to continually address the needs of a diverse and evolving user base through innovative offerings, scale our user network and grow our market share.”

In its SEC filing, Lyft also touts its ability to “empower riders to select the mode of transportation best suited to their specific needs.” In light of the company’s recent remarks, this read like a marketing ploy, rather than an issue Lyft actually wishes to address.

This isn’t the first time an app-based company has shied away from actual responsibilities associated with the business it promotes on its platform, which continues to be a bone of contention for critics. In 2017, a man sued gay dating app Grindr for allegedly ignoring his complaints for months after his ex used the app to stalk him and send more than a thousand unwanted “dates” to his home.

For a technology firm that operates entirely on facilitating transportation between different parties, it’s unclear why Lyft would distance itself from the concept central to its mission. The company’s further emphasis on serving “a diverse and evolving user base” should be more reason for it to comply with ADA rules, because “diverse” includes those with disabilities.

The Daily Dot has reached out to Lyft for comment on these inconsistencies between its mission statement and latest statements, and will update the story if Lyft responds.