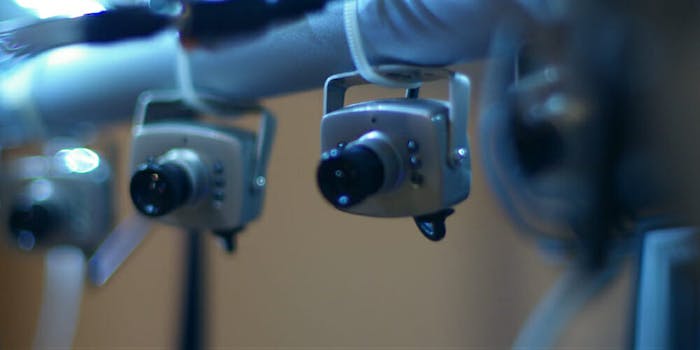 An Alaskan teen on Reddit is seeking legal advice after his parents set up security cameras in his bedroom and bathroom to make sure he no longer masturbates.

“What can I do?” he asked in the subreddit r/legaladvice. “I’m 15 and think I should be allowed to touch my own body, this is embarrassing and destroys my privacy … Please help.”

At the beginning of May, his parents caught the teen masturbating—a normal behavior his parents are apparently against. He wrote that his parents have taboo beliefs regarding sexual activities before marriage but that he learned “some things” off the internet because he wasn’t even allowed to be in sexual education classes.

“My dad barged in without knocking and started screaming at me. He and my mom then sat me down and told me I’m not allowed to touch myself,” he wrote.

His parents said they will now be checking the cameras daily to make sure their son sticks to his word, according to the redditor.

Nicholas Bala, a family and children’s law expert, told the Daily Dot that even adolescents “have some right to privacy,” and the parents would be seen as out of line in many jurisdictions—if not all.

“In almost all jurisdictions there would be a number of offenses involved in video recording a minor engaged in a sexual act, even by himself,” Bala said. “The fact that it is his parents and they own the home would not be a defense.”

Bala said the best course of action for the teen to take is talking with a trusted adult or his pediatrician—who would most likely give the parents an “educational talk.”

Another solution Bala offered is calling an adolescent helpline or Child Protective Services. Bala said CPS wouldn’t necessarily take away the teen away from the parents, especially if they are good parents. CPS would instead send a social worker to the home to talk with them in hopes of remedying the situation.

Bala said if the teen is looking for a legal fix, then he could call the American Civil Liberties Union. He said the teen could call the police as a last resort because they are a “very blunt force” who could arrest the parents.

Redditors also swooped in to offer the desperate teen advice, with many concerned for his privacy.

Many encouraged the teen to talk with someone about his parents’ plans.

Like Bala, they suggested he speak with a trusted adult, call a non-emergency police line, other family members, or even CPS.

“However you feel comfortable pursuing this, please realize that you are a normal kid, exhibiting normal, natural, and healthy behaviors,” one redditor wrote.

The Daily Dot has reached out to the redditor.