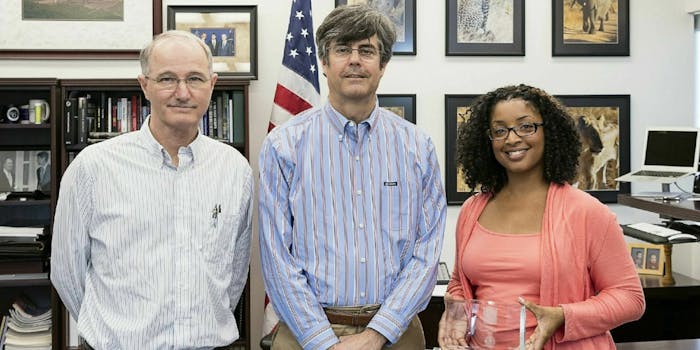 Clarice Phelps likely was the first Black woman to have contributed to the discovery of a new element.

A report documenting the ongoing struggle to keep a Black female scientist’s Wikipedia page highlights how much more work the platform needs to do to tackle its diversity problem.

A piece republished by Slate documents the journey of Clarice Phelps, likely the first Black woman to have contributed to the discovery of a new element, whose Wikipedia page keeps getting deleted. A page under her name on Wikipedia said it had been deleted when the Daily Dot ran the search on Sunday afternoon. The “move log” read that an administrator had “protected” the page because it had been “Repeatedly recreated” and was “in violation of a deletion discussion that was upheld at deletion review.”

“I kind of realized we can only really change things from the inside,” she said in July 2018. “Wikipedia is a really great way to engage people in this mission because the more you read about these sensational women, the more you get so motivated and inspired by their personal stories.”

She created Phelps’ page after a journalist had reached out to her and notified her about Phelps’ work, according to Slate. In February, smack in the middle of Black History Month, Phelps’ bio was deleted for not having enough mention of her work elsewhere. It was reportedly flagged by an anonymous user, which is allowed on Wikipedia. According to Slate, the user was not particularly active otherwise.

Wikipedia, as a “crowdfunded Encyclopedia,” has options for other users to flag its content, but can choose to respond (or not) to these flags. In this case, they did.

Wade put a call out on Twitter in September in order to gain more links and sources to her work:

But a common problem lay in the fact that systematic discrimination against women and, specifically women of color, in the sciences meant her work hadn’t been celebrated in the mainstream press the way that of her white, male counterparts had.

hitting on the key problem – she's not been celebrated in standard press. But what an incredible achievement to discover an element. Hope your page inspires more celebration of her work #womeninSTEM #blackandSTEM

Even though she received a mention for being a part of the team that discovered the new element on the periodic table, some felt it odd that her name wasn’t mentioned on the list of authors.

It took Wikipedia a little over a week to take the page down after it was flagged. Wikipedia itself acknowledges that its editors are predominantly men, and the kind of systematic bias it can perpetuate. “This has led to Wikipedia having fewer and less extensive articles about women or topics important to women,” the site’s “Gender bias on Wikipedia” section reads. Even though it says that the Wikimedia company has made “made an ongoing attempt to increase female editorship of Wikipedia,” the story of Clarice Phelps shows Wikipedia still has a very long way to go.

Wikimedia did not immediately respond to the Daily Dot’s request for comment.