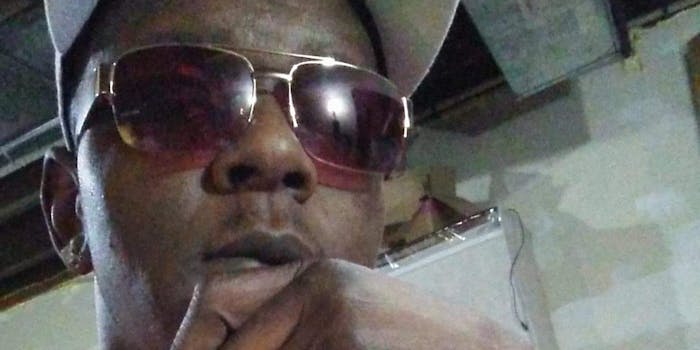 Darnella Frazier, the teen who filmed George Floyd’s death, says her uncle was killed by Minneapolis police in crash

Darnella Frazier, the 18-year-old who filmed the police killing of George Floyd, revealed on Tuesday that her uncle died in a car accident involving the Minneapolis Police Department (MPD).

On Tuesday evening, Frazier posted on Facebook that her uncle, Leneal Lamont Frazier, was killed during a police chase. According to MPR News, an officer with the MPD—the same force Derek Chauvin was part of when he killed Floyd—crashed into Frazier’s car while they were pursuing another vehicle.

In her post, Frazier said, “MINNEAPOLIS police Killed my uncle…Another black man lost his life in the hands of the police!”

MPR News reported that a vehicle that was believed to be a part of various robberies was spotted by an officer. Police reportedly attempted to perform a traffic stop, but the suspect allegedly fled. The officer then followed the suspect and ultimately hit another vehicle, Frazier’s uncle.

Since Frazier posted about her uncle’s death on Facebook, many online have shared their support and well wishes. Some, however, thought the incident is not comparable to the numerous instances of police killings of Black men.

Frazier seemingly addressed some of the criticism her post garnered in a followup on Wednesday.

“I never said the police killed him on purpose. I said it was the police’s fault. I never said it had anything to do with race, because if this was a black cop, I’d feel the same way,” she said, before noting that she doesn’t even know the race of the officer who struck her uncle.

“I just know it was a police officer behind the wheel. Before the media goes putting out a false narrative, I’ll control my own narrative. I also never said the suspect held zero responsibility, but the police made a bad decision by doing a high speed chase on a residential road. That bad decision cost my uncle his life. The police car is the car that killed my uncle,” she said.

She added that her uncle was “on his way home” when he died. “Accident or not he’s gone. Everyone made it out alive, BUT my uncle. It’s hurts different because he had NOTHING to do with this,” she continued. “I have every right to feel the way I feel. My family as well. If it was you in my shoes, you would be doing the same. We can never just express emotions without being criticized. The same emotions everyone else has…”

In response to the incident, some have also started a discussion on the training of police officers and expressed that officers should be held accountable for things that may happen on the job.

Twitter user, @MikeWMaryland said, “Make cops carry their own liability insurance, just like contractors, painters, plumbers etc. Insurance companies will do better mental health screenings. If a cop has too many complaints, he will become uninsurable & therefore unemployable.”

According to MPR News, the Minnesota State Patrol is investigating the incident.

The Daily Dot has reached out to the Minneapolis Police Department and Frazier.