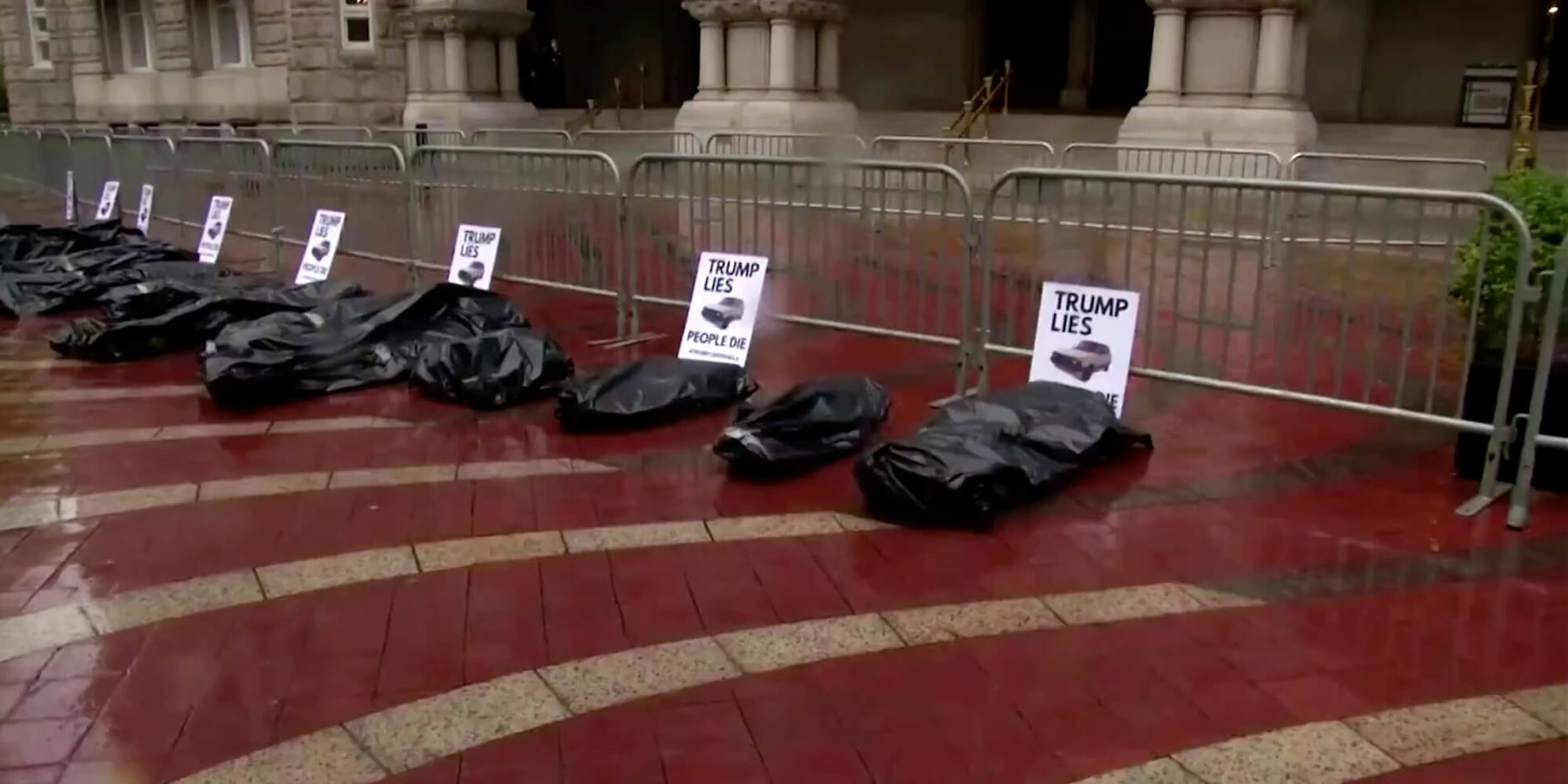 'We needed to do something to show that most of the country believes in science.'

Protesters used fake body bags during a demonstration in Washington D.C. on Thursday to push back on President Donald Trump’s response to the ongoing coronavirus pandemic.

Made from black garbage bags filled with newspapers, the body bags were placed outside of the Trump International Hotel in the nation’s capital.

Protesters were heard chanting “Trump lies, people die” outside the business as other demonstrators lined the street in their vehicles.

Signs were taped to vehicles that included messages such as “Trump is the virus” and “#TrumpCOVIDFails.”

A massive inflatable chicken designed to resemble the president was also outside of the hotel.

Speaking with DCist, Jennifer Flynn Walker of the Center for Popular Democracy Action stated that the protest was meant to highlight the more than 51,000 COVID-19 deaths that have occurred thus far in the country.

“We needed to do something to show that most of the country believes in science, thinks that Trump is failing,” Flynn Walker said. “We really do see that tens of thousands of people dying from COVID is a direct result of his failure as a leader.”

The protest was also intended to counter demonstrations from Trump supporters who have demanded that the country reopen, despite warnings from health professionals that such a move would be disastrous.

Flynn Walker also accused the president of failing to provide states with the protective equipment needed to ensure the safety of healthcare workers.

“It’s a very helpless feeling when you’re trapped at home,” Flynn Walker added. “This was a way we could participate and have our voices and be seen.”

The graphic display came just one day before the president yet again shocked the nation after openly pondering whether people could inject themselves with disinfectant during his daily press conference.