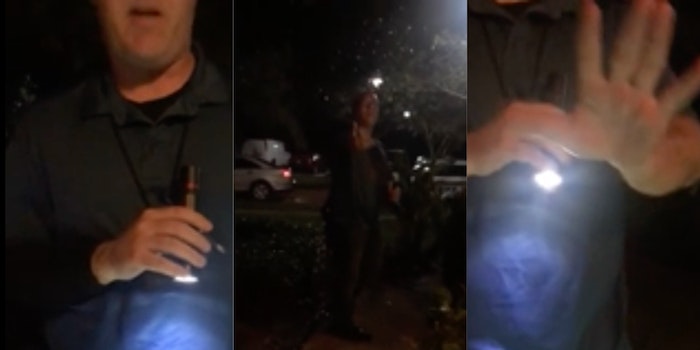 Video: ‘Karen’ confronts cops who came to her house after she made a threatening social media post

'You pled the Fifth, remember?'

A video trending on Reddit’s popular r/PublicFreakout page shows police coming to a defensive Karen‘s house over her threatening social media post saying she would trespass and trash the property of a county commissioner.