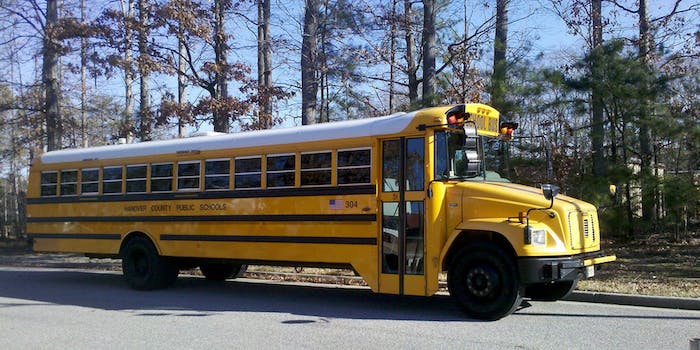 The kids, of course, were only too happy to join the cause.

In the United States, it’s not terribly unusual for a parent to keep their children out of, say, a sexual education course—or even a classroom where evolution will be taught. But the Say No to Common Core movement, an Internet-based grassroots movement protesting a new federal education initiative, may be one of the only instances in which people have tried to prevent their kids from receiving instruction in math and English.

Common Core, intended to help standardize education across the country by setting guidelines for what K-12 students should know at the end of each grade, was additionally incentivized with “Race to the Top” grants for states that adopted the new standards. Mother Janet Wilson, however, sees the program in a different light. For her, Common Core is President Obama’s attempt to indoctrinate the youth and ensure “federal control” over their minds, and she has looked to the Web and social media as networks capable of spreading that warning.

Common Core’s critics seem to be in some disagreement about whether it represents a “dumbing down” of the academic curriculum or sets expectations too high, though Wilson tends to side with Michelle Malkin (or “Michelle Milken,” as she mistakenly has it) and other conservative commentators who link it with the notion of a radical, collectivist coup. “I have no evidence directly connecting Bill Ayers to the writing of Common Core,” admitted one Town Hall columnist, “but I do have evidence that Bill Ayers is still very influential in educational circles crafting the project.”

Whatever one’s reasons for rejecting Common Core, thousands of parents were united in a protest action today, electing to keep their kids home from school. A Facebook page of Wilson’s titled “NATIONAL DON’T SEND YOUR CHILD TO SCHOOL DAY” was abuzz with semi-literate reports from the protest’s front lines—which is to say, living rooms. Some kids were understandably excited to cut class for their own reasons, though we can’t help but pity the ones who will be forced to wear explanatory T-shirts tomorrow.

The #SayNoToCommonCore hashtag has been heating up on Twitter, too, with plenty of facile comments and arguments:

Some of the younger protestors here in #Albany for the #SayNoToCommonCore rally. #commoncore http://t.co/5kzGYfz3Gs 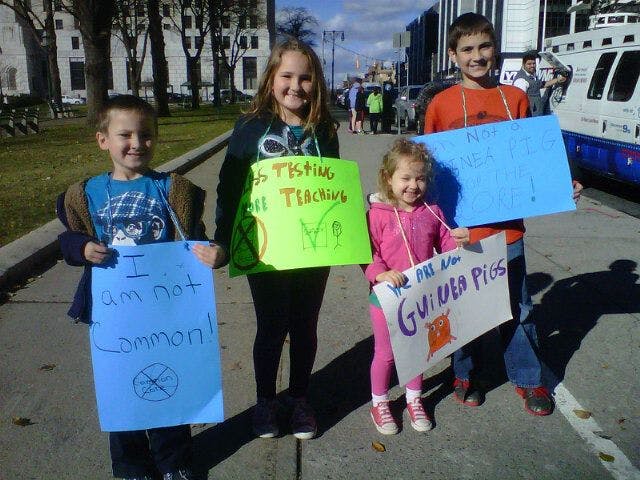 #SayNoToCommonCore Keeping my 3 kids at home to protest the Orwellian CC. If ed sys so bad why has US been so dominant in world for so long?

@sarahjewel– God answered my prayers to be used however I could be used in His fight! I #SayNoToCommonCore… Calling all fellow Christians!

The movement’s supporters, however, remained unsure of their impact. Many lamented that they were the only participating parents in their school district. Others, meanwhile, had to admit that they didn’t want to look after their little ones all day—and took the opportunity to do a bit of online flirting. 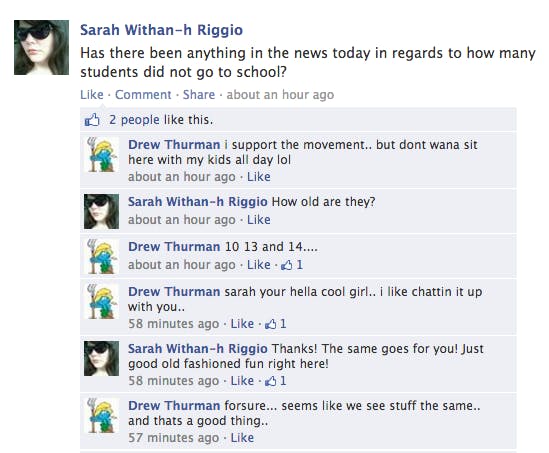 Really, aren’t these exactly the life skills we ought to be teaching our kids?