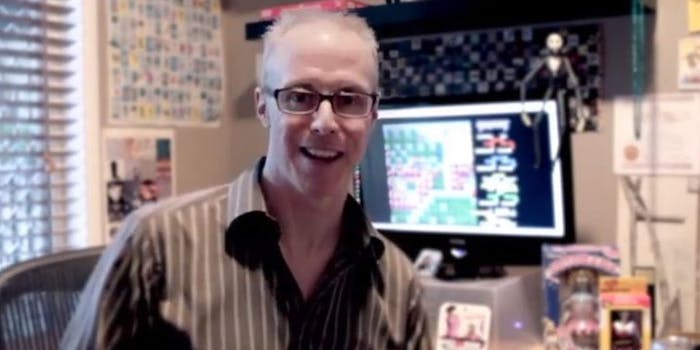 Can we fix CAPTCHA by turning it into a game?

FunCAPTCHA uses picture games, instead of scrambled words, to separate humans from bots.

An Australian tech company has devised a new method of web authentication that could do away with those annoying CAPTCHA codes, but it will likely be of little benefit to those who need it the most.

Riding the casual gaming wave, SwipeAds has introduced a new method of verification that uses short visual games to distinguish actual humans from automated spambots. But whether this new system, named FunCAPTCHA by its creators, will solve the problem once and for all has yet to be seen.

CAPTCHA is a necessary evil in today’s Internet-dependent world. Short for Completely Automated Public Turing test to tell Computers and Humans Apart, CAPTCHA is used by many websites to verify that the person sending a message or signing in is, in fact, a person and not an automated program posting spam.

The most common form of CAPTCHA features distorted word codes that users must decipher and type into a text box. But as spam technology advances, the text has become warped to the point where even people with strong vision have trouble deciphering it on the first try.

The annoyance with this old method of verification is what led game developers Matthew Ford and Kevin Gosschalk to develop FunCAPTCHA. Their system asks Web users to decipher pictures instead of words. For instance, a group of computer generated faces may appear in a box and users must identify the one female face in group of mostly male faces. In another puzzle, a user may be asked to turn a skewed picture right-side up. You can try it for yourself at the company’s website.

The puzzles are indeed easier to decipher for abled users. It takes just a few seconds (in a truly game like touch, FunCAPTCHA tells you how much time you took to solve their puzzles). To call them games may be a stretch, since it’s highly unlikely that users will begin logging onto websites over and over just to orient a picture. But the founders said their main goal was to come up with an easier form of authentication, not to create the next Candy Crush Saga.

According to NBC News, FunCAPTCHA, which launched in February, is already being used by more than 4,200 sites and stops more than 225,000 spam attacks a day.

But this new verification system may not be a magic bullet that stops spammers. After all, text CAPTCHA has had to constantly evolve as spammers develop increasingly sophisticated recognition programs, and there’s nothing to prove that the same can’t happen with FunCAPTCHA. Advanced facial recognition software already exists and is regularly being used by social networks and law enforcement—albeit with varying degrees of success.

But the creators confidently told NBC that the human brain was still miles ahead of computers in the visual recognition field.

“The human brain and computers are very different from one another,” Ford said. “The ability to recognize differences and nuances in human faces, that’s just part of our evolution as a species. If a computer found that easy to do, we’d already have fantastic-looking computer graphics!”

Their program may help alleviate the annoyance that most web users feel when confronted with humanity tests, but it will do little to help those most infuriated by CAPTCHA. The blind and visually impaired continue to lead the charge against CAPTCHA, which routinely inhibits their ability to browse the web independently.

The words, which are already difficult for people with 20/20 vision to decipher, are practically impossible for the visually impaired to complete. And though some CAPTCHA programs have audio options, they are often so garbled that they are of little use.

The problem is so bad that even the White House recently came under fire for CAPTCHA inaccessibility on its We The People petition website. Picture-based games like FunCAPTCHA could make life easier for sighted users, but they won’t fix the most broken aspect of CAPTCHA.